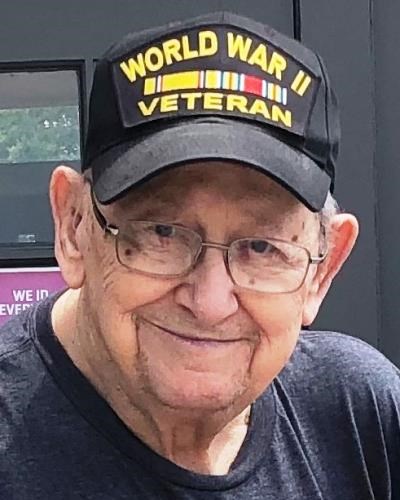 Jim was born June 19, 1923, in Edenton, North Carolina. His family lived in a camp car, Elizabeth City, and the Berkeley neighborhood of Norfolk in his childhood. He graduated from Maury High School and joined the Army. He fought in World War II in Europe, including Rome-Arno and France. As a member of the 434th Troop Carrier Group, he earned Battle Honors, a Silver Star, two Bronze Stars, and the EAME medal.

After the war, he lived in Princess Anne County, started a family, and worked as a television repairman and an insurance salesman. He was a duckpin bowler for over 60 years, including as a member of the Virginia Duckpin Men's Pro Tour. He was a lifelong Washington Redskins fan and loved golf. He enjoyed travel, including memorable trips to Disney World and Alaska. His family is grateful for his sense of humor and will miss hearing his entertaining stories over his favorite meal, breakfast. He loved his family more than anything and they loved him back equally. They will miss and remember him for the rest of their days.

He is survived by his partner of 33 years, Sharon Williams, and his children, Linda Butler (BoBo) of Chesapeake, Judy Beale (Chris) of Virginia Beach, and Jimmy Bateman (Linda) of Charlotte. He is also survived by 7 grandchildren, 9 great-grandchildren, and his beloved dog, Gus. He is predeceased by his wife, Marjorie, his parents, Joe and Mary, and his brother, Ray.