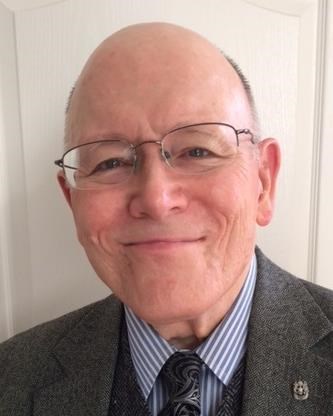 John was born March 3, 1945, in McKinney, Texas. He graduated with a B.A. Degree from California State University, Northridge, California. He served two tours of duty in Vietnam, 1968 to 1970, with the U.S. Army First Infantry Division and the Military Assistance Command, Vietnam in Military Intelligence.

John's civilian career within the U.S. Government included many positions. He concluded his Government career as Director of the Financial Management Department, NAVMTO, Naval Base, Norfolk, Virginia, retiring with 29 years of service to his country.

John then continued his education by attending Southeastern Baptist Theological Seminary, Wake Forest, North Carolina where he earned the Master of Divinity Degree, with Biblical Languages. He served as a Pastoral Christian Counselor and teacher of the Mims Bible Study class, FBCN.

John is survived by his loving wife, Diana and his children, Tammy Perry and her husband, Stephen, and Kim Stanley, and her husband, Bob of Chesapeake, VA; two brothers, Gregory Burton and his wife, Darla of Sherman, Texas, and Terry Burton and his wife, Debbie, of Tulsa, Oklahoma. He is survived by six grandchildren and five great-grandchildren. He is predeceased by his parents, John and Pauline Burton.

A viewing will be held at First Baptist Church Norfolk, VA, on Monday, June 21, 2021, at 1:00 p.m. and the funeral service immediately following at 2:00 p.m. The interment and military honors will be at Albert G. Horton, Jr., Memorial Veterans Cemetery, on Wednesday, June 23, 2021 at 2:00 p.m., under the direction of Snellings Funeral Home. In lieu of flowers, memorial donations may be made to the First Baptist Church International Mission Board (IMB) Fund, Samaritan's Purse, or the Union Mission, Norfolk, VA. Condolences may be offered to the family at:

To plant trees in memory, please visit our Sympathy Store.
Published by The Virginian-Pilot on Jun. 18, 2021.
MEMORIAL EVENTS
Jun
21
Viewing
1:00p.m.
First Baptist Church
, Norfolk, VA
Jun
21
Funeral service
2:00p.m.
First Baptist Church
, Norfolk, VA
Jun
23
Interment
2:00p.m.
Albert G. Horton, Jr., Memorial Veterans Cemetery
, VA
Funeral services provided by:
Snellings Funeral Home - George Washington Highway Chapel
MAKE A DONATION
MEMORIES & CONDOLENCES
Sponsored by the family.
2 Entries
Mr Burton was a long time patient of mine and most definitely a favorite. I got to know him and his sweet wife quite well over the last few years. He was such a kind and gracious man. I will miss him a lot. I am so thankful that God let our paths cross. Rest in peace, Mr Burton. I will not forget you!!!
Deborah Mason
June 29, 2021
To be absent from the Body is to be present with the Lord in his eternalhome. John was a highly talented man who helped many familiesand friends. We pray that the Lord consoles the family during this time.
Billy
Friend
June 18, 2021
Showing 1 - 2 of 2 results