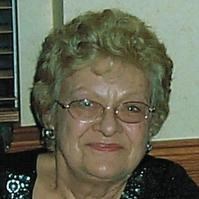 Virginia Beach - Linda Lohrbauer Olds, 76, passed away peacefully November 16, 2013 after a short but courageous battle with cancer. She was born in August of 1937 to Dr. Leif and Sue Lohrbauer in Grand Forks, North Dakota and moved with her family to Clearwater, Florida in 1949. An honor graduate and award winning orator of Clearwater High School, she received her bachelor's degree in English literature from Carleton College, Northfield Minn. She continued her studies at Columbia University and was an alumna of the inaugural Harvard-Radcliffe Program for Women in Business , now known worldwide as the Harvard Business School. Linda was a member of the educational honorary association Phi Lambda Theta. She joined the Dean of Women's staff at the University of Iowa while completing her M.A. in Counseling and Administration in Higher Education. Her enrollment in a hybrid curriculum, which reflected SUI's national leadership in psychometry and vocational psychology, stood her in good stead as she later worked at three universities and as an Executive Director for Navy Relief.

On December 29th, 1961 she married the love of her life, a young Naval Academy Graduate, Lieutenant Frederick A. Olds, also of Clearwater, Florida. They were blessed with three children. During their nearly 52 years together, she was a devoted Navy Wife and caring mother. Married during 28 years of Fred's 30 years commissioned service was a challenge she met while working and caring for her family thru 17 years of sea duty that spanned Vietnam, the USMC Beirut Bombing, numerous deployments, and three at-sea commands during the Cold War era.

She was a community advocate and volunteer, working with such organizations as the American Red Cross, Samaritan House, various churches , and the military. A tireless advocate of military families, she served as the first Executive Director of Navy Relief at Oceana, Naval Air Station and established the Dam Neck Naval base satellite branch. She devoted in excess of 2000 hours to the Navy Relief Society.

Episcopal churches in the area could always count on her canned jams, Jellies, corn relish and other items for their local bazaars. Often making in excess of 14 cases which always sold out.

She was a gifted pianist, frequently filling the house with the classics or with music from church. She loved to cook and sew revealing her artistic side in her gourmet kitchen creations and with her intricate quilts, clothes, and drapes to suit any house or event. She had a quiet, unassuming nature, an extremely dry wit and sharp mind.

A memorial service will be held at 2PM on Saturday the 7th of December at Old Donation Episcopal Church in Virginia Beach with a short celebration of her life to follow. She will be interred in the United States Naval Academy columbarium at a later date.

To plant trees in memory, please visit our Sympathy Store.
Published by The Virginian-Pilot on Nov. 24, 2013.
MEMORIAL EVENTS
Dec
7
Celebration of Life
, VA
Dec
7
Memorial service
2:00p.m.
Old Donation Episcopal Church
, Virginia Beach , VA
MAKE A DONATION
MEMORIES & CONDOLENCES
5 Entries
Dear Fred,
You've been in my thoughts since I learned of Linda's passing. I was privileged to have met her at the Furse reunion in 2008. God bless.
Van Worman
December 25, 2013
Dear Shelly,
My thoughts and prayers are with you and your family at this difficult time. Love You.
Marie Burns
November 28, 2013
Dear Shelley,
I am so sorry for your loss. You are in my thoughts.
Lois Vogle
November 27, 2013
Our family was saddened to learn of the passing of Linda. We shared many happy times with Linda and her family! Our heartfelt condolences to Fred and their children. May her memory be eternal!
Cappy Karaphillis Lelekis
November 26, 2013
God Bless
Bob Smith
November 24, 2013
Showing 1 - 5 of 5 results