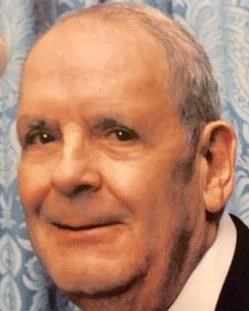 He will be laid to rest beside his beloved wife, Katherine, who preceded him in death in 2011. They were married on New Year's Day in 1949 and they loved and were dedicated to each other during 62 years of marriage. Now they will be "together forever."

Robert (Bobby) Marshall was born October 23, 1928 in Charlotte, North Carolina. He was also preceded in death by Kathryn Anna Marshall ("Nanny"), a loving and caring Aunt who raised him from early childhood as her own. He grew up during the depression era, worked as a newspaper and grocery delivery "boy," and was an Eagle Scout.

After graduating from Churchland High School, he enlisted in the U.S. Army at the age of 17. He served as a paratrooper with the 11th Airborne Division in the Asian Pacific and with the occupation forces in Japan. He rose through the ranks and retired as a Major after 20 years of service. His last assignment was with the U.S. Army Command and General Staff College. At his retirement, Major Marshall was awarded the U.S. Army Commendation Medal for his service and dedication to his country. He served in the military during WWII, Korean and Vietnam wars.

Mr. Marshall also completed an apprenticeship at the Norfolk Naval Shipyard in 1952, working his way up in subsequent years to Quarterman Planning Supervisor of the Structural Group before accepting a position with the U. S. Government's Supervisor of Shipbuilding (SUPSHIP). He retired from SUPSHIP as a Supervisor Planner/Estimator after 37 years of government service.

Left to cherish his memory are his daughter, Robin Marshall Deal Baliles; his granddaughters, Katherine Deal Stone Walsh (Steve) and Danielle Deal Hudak (Dave); and great granddaughters, Madison and Emily Stone and Olivia and Nadia Hudak. He is also survived by a half-brother, Wiley Sawyer.

A funeral service for Mr. Marshall will be held at Sturtevant Funeral Home Chapel, 5201 Portsmouth Boulevard, Portsmouth, VA, Saturday, December 14, at 11 a.m. with burial at Olive Branch Cemetery immediately following the service. Visit www.SturtevantFuneralHome.com to express condolences.
Published by The Virginian-Pilot on Dec. 8, 2019.
To plant trees in memory, please visit the Sympathy Store.
MEMORIAL EVENTS
Dec
14
Funeral service
11:00a.m.
Sturtevant Funeral Home - Portsmouth Boulevard Chapel
5201 Portsmouth Blvd, Portsmouth, VA
Dec
14
Burial
Olive Branch Cemetery
VA
Funeral services provided by:
Sturtevant Funeral Home - Portsmouth Boulevard Chapel
MAKE A DONATION
MEMORIES & CONDOLENCES
Sponsored by the family.
1 Entry
Robin,
I'm sorry for your loss. If I remember correctly, you have had some heartbreaking deaths in the past. We will pray for you that you will have peace and comfort for awhile.
Your dad had an adventurous life and served his country well. I'm sure you were proud of him.
Barry Pollara
December 8, 2019
Showing 1 - 1 of 1 results