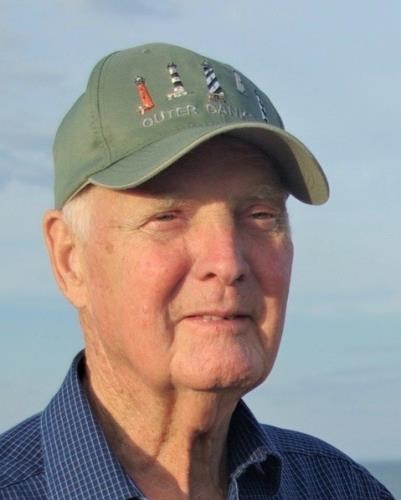 ABOUT
Churchland High School
FUNERAL HOME
Loving Funeral Home
3225 Academy Avenue
Portsmouth, VA
Rufus Clinton Lilley, Jr. passed away at the age of 88 on September 15, 2019 at his home surrounded by his family. R.C. was born in the Lilley farmhouse in Churchland, VA, to Minnie G. and Rufus C. Lilley. He was predeceased by siblings Ralph, James, and Chester Lilley.

He is survived by his wife of 55 years, Janet Warwick Lilley; his son, Bryan E. Lilley and wife Susan and their son Evan; daughter, Katherine L. Johnke and husband Jim and their sons Reid and Tim; and his sister, Eloise Holland. He is also survived by sister-in-law, Betty Ann Chapman and husband Art, as well as many nieces and nephews.

RC was a graduate of Churchland High School and Ferrum College. He had a long career in aviation, which included flying fighters in the US Air Force, the DC Air National Guard, the VA Air National Guard, as well as serving in the Air Force Reserves, retiring in 1991 as Lieutenant Colonel. He held several positions with the Federal Aviation Administration and retired as Captain with Eastern Airlines. He was a member of Centenary United Methodist Church, the Super Sabre Society, the F-86 Sabre Pilots' Association, and the Air Line Pilots Association.

RC's sense of humor and selflessness, combined with his love for his family and proud service to his country, pervaded his life. He treated each person he encountered with respect and empathy. His family life was abundant with love, adventures, and joy. He touched the lives of many and will be sorely missed.

A memorial service will be held at Centenary United Methodist Church on Saturday, September 21, 2019 at 11 AM. Memorial contributions may be made to Centenary United Methodist Church, 3312 Cedar Lane, Portsmouth, VA 23703, or to the International Myeloma Foundation, 12650 Riverside Drive, Suite 206, North Hollywood, CA 91607-3466.Loving Funeral Home is handling the arrangements and online condolences may be made at www.LovingFuneralHome.com. 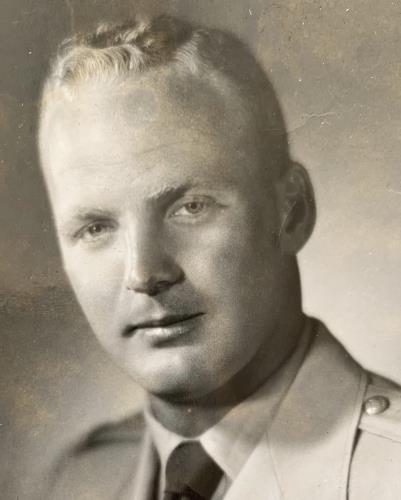 Published by The Virginian-Pilot on Sep. 18, 2019.
To plant trees in memory, please visit the Sympathy Store.
MEMORIAL EVENTS
Sep
21
Memorial service
11:00a.m.
Centenary United Methodist Church
3312 Cedar Lane, Portsmouth, VA
Funeral services provided by:
Loving Funeral Home
MAKE A DONATION
MEMORIES & CONDOLENCES
Sponsored by the family.
5 Entries
Another tear falls ..
Deepest sympathy to family.. Dale Dunn Noel
September 24, 2019
R. C. Lilley was "a Legend in his time" from his early adult life for those of us who grew up in the rural Churchland farm community in the 1950's. When those of us in Boy Scouts reached age 14 and were eligible to become Explorer Scouts and remain in scouting, Churchland Baptist Church sponsored Air Explorer Squadron 235. We loved the attention our sky-blue bright uniforms attracted and the questions people would ask about what the uniforms represented. Our leaders impressed us with the fact that R. C. from a local successful and admired farm family had gone off to college and become a commissioned officer in the Air Force where he was a jet fighter pilot. He was a hero and his example impressed upon us that we needed to think big in considering our life's calling. Our Squadron had a Lycoming radial aircraft engine that we learned to maintain and repair and the church granted us a workroom where we stored it and trained. We also studied basic aerodynamics and aviation history. R. C. was 8 years older than those of us in Squadron 235 in that era more than 65 years ago but we have never forgotten the impact he made on the lives of our group of teens in the quiet rural farm village of Churchland. We were free to dream and inspired also to find our way to serve our country and community.
James Webb Jones
September 19, 2019
James Webb Jones
September 19, 2019
We offer our condolences to the Lilley Family at this time of loss. May Peace be with you.
Suzanne & Gabbo Galbreath
September 18, 2019
Dear Rc,
What a pleasure it has been to get to know you! Your love for you're family and friends was just perfect! You were truly an Angel from above! I will miss you, until we meet again Mr. R C! Watch over Your BEAUTIFUL family!
Krystal Slocun
September 17, 2019
Showing 1 - 5 of 5 results