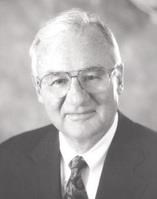 FUNERAL HOME
Wright & Salmon Mortuary - Peoria
2416 N. North Street
Peoria, IL
Adelbert L. "Del" Bertschy
PEORIA — Adelbert Louis "Del" Bertschy, 95, of Peoria died on Friday, July 9, 2021, at UnityPoint Methodist Hospital.
He was born November 2, 1925, to Adelbert P. and Marguerite (Hoffmann) Bertschy in Milwaukee, Wisconsin and was preceded in death by his parents.
He married his eternal sweetheart, Dorothy Kathryn Engholdt, July 29, 1950, in Fond du Lac, Wisconsin, and she survives. They had three sons, Timothy (Janet), Nicholas (Lucinda), both of Dunlap, Illinois, and Christopher (Nancy) of Chicago, Illinois and Scottsdale, Arizona, all of whom survive. He is also survived by seven grandchildren, Lauren (Nicholas) Mann, Pierce (Danielle Backus), Austin, Sydney, Danielle, Victoria and Andrew. One sister, Nancy Bertschy Lidecker of Chicago, Illinois, preceded him in death.
Del graduated from the University of Wisconsin in Madison in 1950 with a combined Business and Engineering degree. He was also a member of the Chi Phi Fraternity. He was an officer in the Army Corps of Engineers in World War II, serving in the China, Burma and India Theatre and later in the Korean War.
He joined Caterpillar Inc. in 1950 and served in a variety of management positions in the Marketing and Information Technology areas, during which he traveled extensively, retiring in 1990 after 40 years of service. He was deeply interested in growing the business and management capabilities of young staff.
Since 1956 he was a member of St. Thomas Church, where he was active in parish, scouts and school activities over the years, serving as a former member of the St. Thomas Grade School and Catholic High School Boards. More recently, as a member of the Catholic
Diocese Seminarian Support Group, he was actively supporting and encouraging young men and women to pursue religious careers.
He was a director of the Carbon Engineering Corporation in Slinger, Wisconsin, until 1998, a co-founder of the Heartland FreeNet, and president of the Halbert and Alice Kadish Foundation in Milwaukee, a charitable foundation primarily aimed at helping disadvantaged children.
Del's interests were broad, ranging from astronomy, hunting, fishing and tennis to gardening, reading and fix-it projects. He was a member of Mt. Hawley Country Club and particularly enjoyed golf with his wife and friends, managing to shoot his age occasionally in his later years. Entertaining friends and family at home with his wife was always a busy part of his life. And time spent with his children and grandchildren was golden to him.
A Memorial Mass will be celebrated at 11 a.m. Saturday, July 31, 2021, at St Thomas Catholic Church in Peoria Heights, with Msgr. Jason Gray officiating. Visitation at the church will be from 9 a.m. until time of Mass. Private burial of ashes will follow at a later time at Resurrection Cemetery.
In lieu of flowers, memorial contributions may be made to St. Thomas Church in Peoria Heights, Illinois.
Friends may sign the online guestbook or send condolences to www.wrightandsalmon.com .