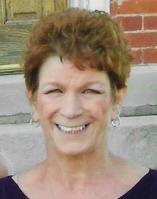 BORN
1963
DIED
2020
ABOUT
Olympia High School
FUNERAL HOME
Davis-Oswald Funeral Home
328 South Locust Street
Tremont, IL
Beverly Eckhoff
TREMONT - Beverly Ann Eckhoff, 57, of Tremont passed away peacefully in her sleep on Monday, April 20, 2020, at her home.
She was born on January 3, 1963, in Hopedale to James Gale and Betty Sidell Everly. She married Daniel Lee Eckhoff on August 28, 1982, in Tremont, and he passed away on October 14, 2019.
Surviving are her father, Henry (Kay) Burlingame; one son, Brian Eckhoff of Nashville, TN; one daughter, Krista (Jeremiah) Bontemps of Pekin; two grandchildren, Jackson and Jacob Bontemps; three brothers, Edwin (Leslie) Everly, Bill Everly and Eric Burlingame; four sisters, Ruth Jesse, Barb Everly, Stella (Gary) Hayner, Joann Burlingame and Daniele (Patrick) Rogers; and many nieces and nephews.
She was preceded in death by her parents; one brother, John Everly; one sister, Ada Strohmaier; and one daughter, Jessica Eckhoff.
Beverly graduated from Olympia High School in 1981.
She was a homemaker and enjoyed being a Grammy to her grandsons. She never knew a stranger.
Cremation has been accorded. A celebration of Life will be at a later date. There will be no visitation. Davis-Oswald Funeral Home in Tremont is handling the arrangements.
Memorials may be made to St. Jude Midwest Affiliate or to the family to help with funeral expenses.
To express condolences online or send flowers, visit www.davisoswaldfh.com.
Published by Peoria Journal Star from Apr. 22 to Apr. 24, 2020.
To plant trees in memory, please visit the Sympathy Store.
MEMORIAL EVENTS
To offer your sympathy during this difficult time, you can now have memorial trees planted in a National Forest in memory of your loved one.
Funeral services provided by:
Davis-Oswald Funeral Home
MAKE A DONATION
MEMORIES & CONDOLENCES
Sponsored by Davis-Oswald Funeral Home.
2 Entries
Christy Syfert
May 20, 2020
Krista, peace and sympathy to you in the loss of your Mother.
Kelly and Sue Vansaghi
April 23, 2020
Showing 1 - 2 of 2 results