BORN
1936
DIED
2020
ABOUT
Delavan High School
FUNERAL HOME
Peasley Funeral Home
401 Delavan Street
Lincoln, IL
Dale E. McRoberts
LINCOLN - Dale E. McRoberts of Lincoln, loving husband, father and grandfather, died peacefully at home, surrounded by his family, on Tuesday, August 25, 2020, in Lincoln.
Dale was born to Charlie and Etheleen McRoberts on June 26, 1936, in his family home on the New Holland curve. After graduating from Atlanta High School in 1954, he proudly enlisted in the Marine Corps and served with the 3rd Marine Division during the Korean War era. Dale, who earned the rank of Sergeant, was stationed in Okinawa, and held the positions of armory repair man and DUKW driver. Dale was a proud veteran and loved his country. Upon returning to the states, Dale graduated from Illinois State Normal University in 1961 with his bachelor's degree in Education, and a minor in History. He later earned his master's degree in Vocational Education from the University of Illinois.
He married Beverly Rankin, the love of his life, on June 19, 1960, at the Methodist Church in Waynesville, IL. They recently celebrated 60 wonderful years of marriage together.
Dale began teaching in 1961 at Delavan High School, teaching industrial arts and drivers' education, and served as assistant basketball coach. In 1963, he started his teaching career at Lincoln Community High School as an industrial arts teacher, and in 1968, began as the vocational area building trades instructor. He continued in this role for 26 years, instructing and overseeing the construction of 25 Building Trades homes. Dale had a widespread impact on his students throughout his tenure and many continued in the trades business. Dale retired from teaching in 1994.
Dale was an accomplished professional square dance caller. He began calling in 1968 in Mason City. Throughout his 52-year career, Dale taught square dance lessons in Atlanta, Delavan, Lincoln and Morton. Dale was the club caller for the Morton Whirl-A-Ways for over 40 years. He called his final dance in March of 2020. Together with his wife, Beverly, they traveled to clubs all over the Midwest and spent several summers as staff callers in Colorado and Georgia. Many fond memories were spent with their square dance family and friends. In 2013, Dale and Beverly were inducted into the Illinois Square Dance Association Hall of Fame for their dedication and promotion of square dancing. His love of music also led Dale to playing the guitar, singing and jamming regularly with his bluegrass friends in the area.
Dale was an avid golfer. He enjoyed golf with his regular morning golf buddies. He was proudest of his 3 holes-in-one at the Lincoln Elks Country Club on holes 2, 8 and 13. Dale and Bev were part of a couples' bridge card club and also liked to bowl. Dale was on a bowling team for many years at the Logan Lanes Bowling Alley. Dale also golfed and bowled with his wife and family, and bowling become a Thanksgiving tradition!
Dale's most treasured memories were those spent with family around the dining room table, enjoying sumptuous dinners prepared by his wife and playing games with his children and grandchildren. Dale also gathered the family in 2019 and went on a vacation that took them back to their most cherished locations in Colorado. Dale loved to read. He would visit the Lincoln Public Library every week for the latest westerns and war novels. Additionally, he also enjoyed the daily crossword puzzle.
Dale was a faithful and devoted Christian, reading the Bible daily. He was a member of Jefferson Street Christian Church in Lincoln, and helped with the construction of their new sanctuary. Dale recently renewed his faith by being baptized again at his church.
Dale was a member of the Atlanta American Legion Post #341, Lincoln Elks Lodge #914, The Oasis Senior Center and CALLERLAB (The International Association of Square Dance Callers).
Dale is survived by his wife, Beverly; three daughters, Gayle McRoberts of Taylorville, IL, Connie Long of Williamsville, IL, and Sharon (Tom) Burt of Freeport, IL; three granddaughters, Jenny Methling of Nashville, TN, and Emily Burt and Kendall Burt of Freeport, IL; one sister, Wilma (Dick) Fugate of Atlanta, IL; many nieces and nephews; and countless special friends.
He was preceded in death by his parents, Charlie and Etheleen McRoberts; and sisters, Betty June Kindred and Linda Charlene McRoberts.
The family would like to say thank you to Dr. Mary Bretscher, Sharon, Katie and Lyndsay and the staff at Springfield Clinic. A special thank you to Mark, Ernie and the entire staff at Safe Haven Hospice, especially to Peggy, Beth, Lyndsey and Shane, for all the wonderful care and compassion they gave to Dale during this time.
Visitation will be from 5 to 7 p.m. Friday, August 28, 2020, at Jefferson Street Christian Church in Lincoln. Additional visitation will be from 1 to 2 p.m. Saturday at the church. Attendees will be required to wear a mask and social distance. His funeral will be held Saturday, August 29, 2020, at 2 p.m. at the church, with Michael Mallick and Henry Johnson officiating. Burial will follow at the Atlanta Township Cemetery in Atlanta, IL, with military rites.
In lieu of flowers, please consider a blood donation. Memorials may also be made on Dale's behalf to Safe Haven Hospice, Jefferson Street Christian Church, Oasis Senior Center or the Multiple Myeloma Foundation.
"For God so loved the world, that he gave his only begotten Son, that whosoever believes in him shall not perish, but have eternal life." John 3:16
Final arrangements are entrusted with Peasley Funeral Home of Lincoln.

Published by Peoria Journal Star from Aug. 26 to Aug. 28, 2020.
To plant trees in memory, please visit the Sympathy Store.
MEMORIAL EVENTS
Aug
28
Visitation
5:00p.m. - 7:00p.m.
Jefferson Street Christian Church
Lincoln, IL
Aug
29
Visitation
1:00p.m. - 2:00p.m.
Jefferson Street Christian Church
Lincoln, IL
Aug
29
Funeral
2:00p.m.
Jefferson Street Christian Church
Lincoln, IL
Funeral services provided by:
Peasley Funeral Home
MAKE A DONATION
MEMORIES & CONDOLENCES
Sponsored by Peasley Funeral Home.
14 Entries
He was my favorite teacher. He not only taught how to build a house, he also taught life lessons. I have to believe he was not just a teacher to so many young men; but, also a mentor.
Matt Lewis
Student
September 9, 2020
I was so sorry to hear about Dale's passing. We have so much enjoyed square dancing to him and will miss him. We came up to your club one year for New Years Eve and had a wonderful time. My heart goes out to you and your family.
Betty Norton
Acquaintance
August 30, 2020
Bev, Sorry to hear of Dale's passing . My dad (Theodore L. Griffin) had lots of stories to tell about Dale. Mom(Jane) and i talked about going but she thinks it would be to much for her so know that we will be with you in spirit and our prayers.
John Griffin
Friend
August 29, 2020
I'm a successful supt in commercial construction. I always give Mr.McRoberts credit, I would stay after class helping him work on the house. He would share life experiences and future work tips for me .
This new saddens me as he was one of my favorite teachers. 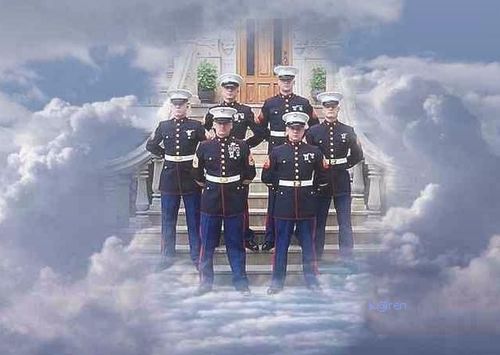