BORN
1943
DIED
2020
ABOUT
Peoria High School
FUNERAL HOME
The Wilton Mortuary
2101 North Knoxville Avenue
Peoria, IL
Gary E. McCollum
PEKIN - Gary E. McCollum, 76, of East Peoria, IL, died on Thursday, August 27, 2020, at Liberty Village Pekin Manor, where he received outstanding care for the last 14 months of his life.
He was born on October 15, 1943, in Peoria to Joseph and Eva (Green) McCollum. He married Brenda L. Jackson on December 18, 1965, and they were married 47 years before her passing in 2013.
Gary is survived by two daughters, Kimberly McCollum and Karen McCollum-Dooley, both of Peoria; one son, Jeffery (Margaret) McCollum of Marquette Heights; seven grandchildren, Zachary, Andrew and Kristen McCollum and Kailyn, Jackson, Kathryn and Josiah Dooley; two great-grandchildren; and a half sister, Barbara Flowers of Surprise, AZ.
He was preceded in death by his wife and an infant baby, Lori Lee McCollum.
Gary was a veteran of the U.S. Navy, whose service from 1964-1968 included 3 tours of Viet Nam aboard the U.S.S. Canberra. Except for his time in the Navy, he was a life-long Peoria-area resident, having graduated from Peoria High School in 1964. He worked at Caterpillar for 37 years until retiring in 2001 and was an active member of the UAW. He was a Mason and Past Master of Hilton Lodge #1143 A.F. & A.M. in East Peoria. He accepted Jesus Christ as his Savior in the mid-1970s and was a member of Peoria Heights Congregational Church. Gary attributed every good thing in his life to God, his mother and his wife. He was an avid sports fan, most especially of baseball and the Cincinnati Reds. Gary was a man of good humor and left an impression on all he met. He was a loving husband, father, grandfather and great friend that will be dearly missed.
A visitation will be from 4:30 to 7:30 p.m. on Tuesday, September 1, 2020, at The Wilton Mortuary, with Masonic rites at 7 p.m. A funeral service for Gary will be held at 11 a.m. on Wednesday, September 2, 2020, at Peoria Heights Congregational Church, 4906 North Prospect Road, Peoria Heights, IL, with the Rev. Brian Michael officiating. Burial will follow the service at Parkview Cemetery.
In lieu of flowers, memorial donations can be made to Peoria Heights Congregational Church or the American Diabetes Association.
To leave a condolence for the family, please visit www.thewiltonmortuary.com. 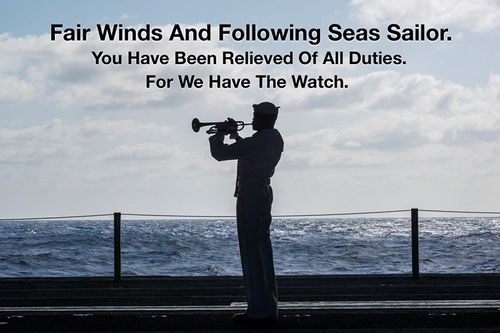 USN Veteran
August 30, 2020
My sincere condolences to Gary's family. I knew Gary from Morton Parts. Always a friendly guy willing to take time to talk with you. Good Union man too. Sorry for your loss.
Rich Gilmore
Coworker
August 30, 2020
Showing 1 - 2 of 2 results