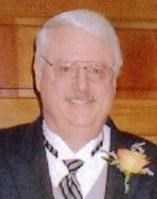 BORN
1952
DIED
2021
FUNERAL HOME
Hinchliff-Pearson-West, Galesburg
1070 West Fremont Street
Galesburg, IL
James "Jim" McKillip
PEORIA - Mr. James "Jim" William McKillip, 69, of Peoria, Illinois, died at 9:58 a.m. on Friday, July 23, 2021, at UnityPoint Health-Proctor in Peoria.
He was born on March 3, 1952, in Galesburg, Illinois, the son of William and Betty Ruth (Belt) McKillip. He married Linda Brooks, and later married Peggy Arlene Stevens in 1976, in Galesburg.
James is survived by his spouse, Peggy; his two sons, Richard McKillip of Houston, Texas, and Aaron (Laura) McKillip of Blue Springs, Missouri; and his two daughters, Heidi Lynn McKillip of Flagstaff, Arizona, and Heather Michelle McKillip of Bloomington, Illinois. He is also survived by his two brothers, John (Kathy) McKillip of Fort Madison, Iowa, and Tom (Caroline) McKillip of Gilson, Illinois; and his three grandchildren, Kayla Ruiz of Arizona and Maria and Yasmin McKillip of Blue Springs, Missouri.
He was preceded in death by both of his parents, as well as his brother, Tim McKillip.
James graduated from high school and went on to study in college for 2 years. He worked as a Clerk at BNSF Railway for over 20 years. He enjoyed coaching softball, reading, watching sci-fi and action movies and spending time with his grandkids. James enjoyed watching sports and loved supporting his Chicago teams, the Chicago Bears, Cubs and Bulls.
Cremation will be accorded. No funeral services will be held, at Jim's request. Hinchliff-Pearson-West Funeral Directors and Cremation Services Galesburg Chapel is honored to serve the family. Online condolences may be made at www.h-p-w.com.
Published by Peoria Journal Star from Jul. 25 to Jul. 27, 2021.
To plant trees in memory, please visit our Sympathy Store.
MEMORIAL EVENTS
To offer your sympathy during this difficult time, you can now have memorial trees planted in a National Forest in memory of your loved one.
Funeral services provided by:
Hinchliff-Pearson-West, Galesburg
MAKE A DONATION
MEMORIES & CONDOLENCES
Sponsored by Hinchliff-Pearson-West, Galesburg.
0 Entries
Be the first to post a memory or condolences.