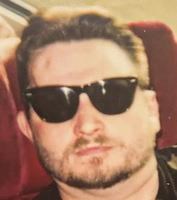 BORN
1954
DIED
2020
ABOUT
Peoria High School
Larry "Deuce" Brooks Jr.
EAST PEORIA - Larry "Deuce" Brooks Jr, aged 66 of East Peoria, IL passed away December 9th, 2020 at Kindred Hospital in Peoria.
He was born November 15th, 1954 in Peoria, IL to the late Carole (Sheckler) and Larry Brooks Sr.
He went to Peoria High School where he played football and graduated in 1970. He married Michelle Losh in 1981, she proceeded him in death. He married Lisa Cassady in 1987, she survives.
He had a very strong work ethic and owned and operated River City Cab in Peoria, IL. Larry had a passion for cooking and really knew his way around the kitchen, his food was often the staple of family gatherings. Larry loved sports and was an avid St. Louis Cardinals and Chicago Bears fan, no matter how bad they played. His family always said he should have been a contestant on Jeopardy because he was so knowledgeable and knew something about everything, he could beat anyone at trivia. He had a strong personality and you always knew when he was around, but his heart was kind. His family meant everything to him.
He is survived by his children, Aaron, Rachel (Lee,) Jessica (David,) Austin and Zach; 10 grandchildren; and 2 great grandchildren.
The family has decided to have a private graveside memorial. There will be a Celebration of Life at a later date next summer for other loved ones.
Published by Peoria Journal Star from Dec. 11 to Dec. 13, 2020.
To plant trees in memory, please visit the Sympathy Store.
MEMORIAL EVENTS
To offer your sympathy during this difficult time, you can now have memorial trees planted in a National Forest in memory of your loved one.
MAKE A DONATION
MEMORIES & CONDOLENCES
3 Entries
4/8/21 I found out yesterday Larry had passed away. Sad to hear the news. I had a lot of memories with Larry when we were younger. Please let me know when the service is this summer. Thank you. Kirk Gipson
Kirk Gipson
Friend
April 8, 2021
Thinking of you Aaron, Rachel, Jessica, and your 2 younger brother’s during this time. When I think of Larry I believe he would be telling you: Please let your hearts be joyful and your spirits sing, for I am spending Christmas in heaven and walking with the King♥
Love Pam Tim and Aunt Sandy
Pam Board
Family
December 12, 2020
So sorry for your loss, Jessica. I'm sending hugs out to you. "Aunt Ginny" loves you, little girl.
Ginny Barker
Family
December 11, 2020
Showing 1 - 3 of 3 results