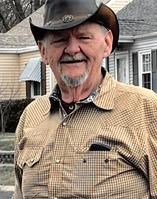 BORN
1948
DIED
2020
FUNERAL HOME
Henderson Funeral Home and Crematory
2131 Velde Dr.
Pekin, IL
Larry L. Fidler
MANITO - Larry Leonard Fidler, 72, of Manito, IL passed away at 9:15 AM Saturday, July 18, 2020 at his second home in Turtle Lake, North Dakota from natural causes.
Larry was born June 3, 1948 in Canton, IL to Leonard and Alice (Glynn) Fidler. He married Lois E. Moore on December 22, 1968. She passed away in 2018.
Also preceding in death are his parents, one brother, Richard Fidler and one sister Patricia Leezer.
Surviving are: two daughters, Katrina (Francisco) Melendez and Amanda (Michael) Davis both of Peoria, IL; nine grandchildren; eight great-grandchildren; one brother, Edward (Liz) Fidler of Prescott, AZ and one sister, Kathy Fidler of Mapleton, IL; several nieces and nephews; many cousins.
A United States Navy veteran of the Vietnam War, Larry served from 1968 – 1972 last serving aboard the USS Edson. Larry worked for IBEW #34 as an electrician for 35 years, retiring in July 2010. He was also a commercial fisherman.
He was an avid fisherman and bird hunter including duck, geese and pheasants. He enjoyed gardening and all to do with the great outdoors. He enjoyed spending time with his family sharing stories, and making people smile.
His visitation will be from 10:00 AM – 11:00 AM Saturday, August 8, 2020 at Henderson Funeral Home & Crematory 2131 Velde Dr. Pekin. Masonic services by Glasford Lodge # 106 AF & AM will be at 11:00 AM followed by a memorial service. Inurnment will be in War Veterans Memorial Cemetery in Pekin.
Memorial Contributions may be made to Whitney's Walk, in care of Hult Center for Healthy Living 5215 Knoxville Ave, Peoria, IL 61614.
Larry's tribute page is available at www.hendersonfuneralcare.com where condolences may also be sent to his family.