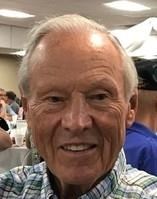 BORN
1933
DIED
2020
FUNERAL HOME
Cumerford-Clary Funeral Home - Peoria
428 West McClure Avenue
Peoria, IL
Lee O'Connell
PEORIA - Lee O'Connell, 87, of Peoria, IL, passed away at 6:30 p.m. on Thursday, December 24, 2020, at his home.
A visitation and funeral service will be held at Northwoods Community Church in the chapel on Wednesday, January 6, 2021. Visitation will be from 3 to 5 p.m., with a memorial service following at 5 p.m. Pastor Calvin Rychener will be officiating. Social distance protocols and wearing of masks will be practiced.
Lee was born on June 20, 1933, in Chicago, Illinois, the middle son of Bernard Thomas and Margaret (Johnson) O'Connell. He married Bette Beghtol on February 19, 1955. She preceded him in death on July 9, 2013. He married Linda Cashman on May 20, 2014, in Scottsdale, AZ, where she currently resides.
He is survived by his son, Daniel (Shelley); daughter, Kerry (Martin); and granddaughters, Katie (Michael) Schmitt, Jennifer Smidt, Megan O'Connell, and Erin (Simon) Gayad. He enjoyed the joy and laughter of great-grandchildren, Aubrey, Jacob, Layla, Ella, Cambria and Lofton.
Lee graduated with honors from Bradley University in 1954. During that time, he played forward on the Bradley basketball team, which placed second in the 1954 NCAA tournament. He, along with his teammates, were later inducted into the Bradley University Hall of Fame. He graduated with a degree in construction management and married his sweetheart, Bette, in 1955. He then served his country during the Korean War as a second lieutenant pilot in the Air Force.
Post Air Force days brought Lee and family back to Peoria, where he worked for C. Iber and Sons, was President of GEMCO a division of Fleming Potter (now Fleming Packaging), until he bought 4 tennis courts from Don Ashley in 1972. This began the birth of what is now River City Athletic Club.
Lee was a true entrepreneur, always seeking ways to meet the everchanging needs within the fitness industry. He spearheaded building acquisitions and constant renovations to meet and capitalize upon the latest fitness trends. He was happiest with a hammer in his hand and making change happen. The Racquet Club brought the Grand Master's Professional Tennis tournament and Hot Shots Future Stars tournaments to Peoria, giving folks the opportunity to watch professional level tennis. The club is still managed by his son, Dan, daughter-in-law, Shelley, and granddaughter, Erin.
When he wasn't working hard, he was playing hard. He loved sailing the Illinois River, as well as the Caribbean. He was a tennis player, downhill skier and a golf fanatic. He enjoyed traveling throughout the country with Bette and his kids, exploring Europe, and sailing vacations with friends. Many fun times were enjoyed when family visited at their house in Savannah, Georgia. The last several years found him sharing time and homes with his second wife, Linda, in Peoria and Scottsdale, AZ.
Lee loved his home church Northwoods Community Church, his Savannah church, Savannah Compassion, and his Scottsdale Church. He loved sharing meals and laughter with a great group of close friends. We are so thankful for those friendships.
Memorial contributions may be made to Northwoods Community Church and Bradley University.
A celebration of life will be held at a later time.
Funeral arrangements have been entrusted to Cumerford-Clary Funeral Home. Online condolences may be made to the family at www.cumerfordclary.com.

Our deepest sympathy on your loss. We played tennis at the racquet club all throughout high school & he & his children were always so friendly. I remember when Mr. O'Connell took the kids that played tennis daily at the club out on his boat on the IL river one summer. We had so much fun & it was so gracious of him to share his love of sailing with all of us.

We will be remembering your Dad & Family in our prayers. May God bless you & provide you strength in the days ahead.

God Bless,
Maureen Harney & Kathy Harney Rennolds
Maureen Harney
Acquaintance
January 9, 2021
Lee was an owner with a personal touch always welcoming everyone he saw coming into the club with a smile and always knew members names.He will be deeply missed by us all.
Rick Remington
Friend
January 4, 2021
Our heartfelt condolences to All Family members! Lee’s great friendship and kindness appreciated by us @ RCAC, RC, Northwoods Community Church, and luncheons. His memories will be greatly honored.
Fondly,
Steve, Brenda, & Spencer Graves
Brenda Unruh Graves
Friend
January 3, 2021
My Sincere Sympathy to All Families. Lee and I knew each other since Bradley University years. For a lifetime he was a Dear Friend, and memories will be greatly cherished. His was a life well lived! He will be greatly missed! Respectfully, Paul Unruh
Paul R. Unruh
Friend
January 3, 2021
Dan and Kerry & family. Your Dad was awesome. Absolutely loved hanging out with him and your mom at the Ivy Club and at your house. I have a very found memory of your Dad at our house on Singing Woods Rd during one of the many parities our parents had together. I could not have more than ten years old and your Dad decided to wrestle with me in the middle of our living room. I lost!!! Our parents are partying again, together in heaven. :)
Rick Trager
Friend
January 3, 2021 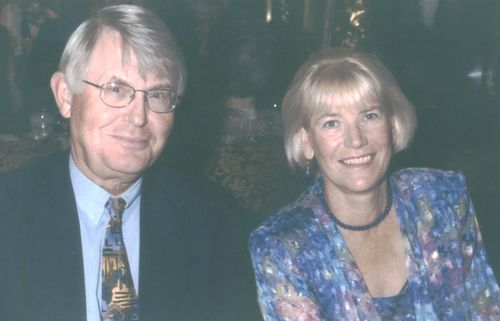 Let me set the stage. Lee and I met for the first time in the late ’90s at a golf tournament in the Landings in Savannah, which was then already his second home. He was one of the ‘Snowbirds.’ It was a match play tournament, and I ended up beating him, and that’s where Lee was at his best. Lee was as gracious in defeat and as a winner in many more matches to come. It was clear; he was an athlete who did not lose easily. He just was a competitor who did not beat himself. Only later did I find out the full extent of it at Bradley. Lee was not into touting his own horn, which made him unique, at least to me. Me the German immigrant whom he referred to as Dr. Bill, but only when we talked about important stuff, like politics.
Meeting his brothers over the years made it very clear to me; the O’Connell boys were a bunch of Jocks who could handle just about any sport.
And all of that made him an enjoyable person to be around. We became good friends with him and Bette, and later Linda. Susanne and I had the pleasure to met his entire family on their annual visit to the Landings.
All that said, I miss you, dear old friend. It was an honor and privilege to be your friend.
May Susanne and I express our sincere sympathies to the O’Connell family for your loss.
Bill and Susanne Haberkorn
Wilhelm A Haberkorn
Friend
December 31, 2020
Our prayers and sympathies are with you all.
Max & Debbie Lalicker
Friend
December 29, 2020 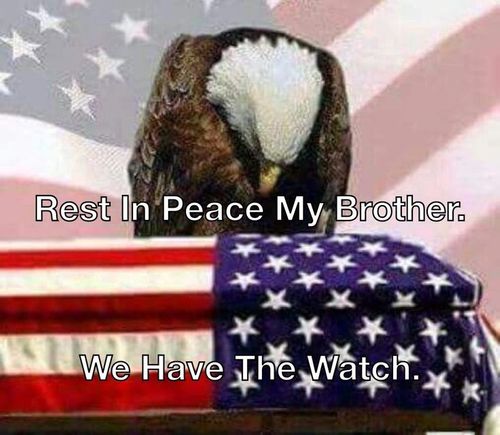 USN Veteran
December 29, 2020
Dan, Kerry and families-I have such wonderful memories of your dad (and mom) beginning with your pool in Idylbrook, the Ivy Club, and through the years on Skyline drive. He was an amazing man and lived his life to the fullest. Please accept our sincere condolences.
Laurie Biggins Schaefer
December 29, 2020
So sad to here the news of the passing of our Uncle Lee. He was always generous and thoughtful to us on the east coast even though we didn't see much of him. I enjoyed the time spent with him in Peoria on my hockey trips to the Midwest. He always welcomed us with open arms and I am sure heaven will do the same to him. RIP Lee and kindest regards and much sympathy to all he touched.
Mike and Rosemary O'Connell
Family
December 29, 2020
Lee was always so warm and friendly... a generous man who raised a great family. He will be missed. Prayers for his family... Love to you, Kerry and Katie.
Bobbi Bucknam
Friend
December 29, 2020
Dan and Kerry,
Only the greatest memories of you all in Idyllbrook, Richwoods, and of course the Ivy Club. You all are in my prayers.
Jane Bucher Smith
Friend
December 29, 2020
Our sincere sympathy to all of the family. What wonderful memories you have to cherish. We always saw him at Northwoods.
Dave & Sandie Murphy
December 29, 2020
Showing 1 - 13 of 13 results