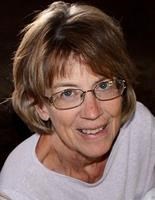 BORN
1949
DIED
2020
ABOUT
Delavan High School
FUNERAL HOME
Davis-Oswald Funeral Home
121 West Third Street
Delavan, IL
Mary Austine Dare
DELAVAN - Mary Austine Dare, 70, of Delavan passed away at 3:50 a.m. on Sunday, January 19, 2020, at the OSF Richard L. Owens Hospice Home in Peoria.
She was born on December 14, 1949, in Lincoln to James and Frances Munsie Kendregan. She graduated from Delavan High School in 1967 and Clarke College of Dubuque, IA, in 1971, with a bachelor's degree in music. She married Walter S. Dare on June 5, 1971, in Peoria and they were married for 48 years.
Surviving are five children, Stephen (Krista) Dare of Delavan, Michael (Lisa) Dare of Hopedale, Timothy (Jessica) Dare of Hopedale, David (Esther) Dare of Frankfort, IL, and Emily (Garyn) Walters of Hopedale; and thirteen grandchildren, Jakob, Trevor, Megan, Owen, Kaylie, Maddox, Kennedy, Joshua, Alaynah, Eve, Nora, Ian and Henry. She was the eldest of six children: four sisters, Kathleen (Don) Beyer of Plainfield, IL, Karen Vorderberg of Windsor, CO, Martha Schuh of Peoria and Emily (Steve) Shoultz of Noblesville, IN; and one brother, Kevin (Becky) Kendregan of Delavan.
She was preceded in death by her parents.
Austine was a mother and housewife until she began attending nursing school at age 40 and graduated as a nurse in 1994. She worked at Proctor Hospital in Peoria from 1994 to 2012, when she retired. She was a member of St. Mary's Catholic Church of the Immaculate Conception in Delavan for most of her life and the organist there for more than 40 years, playing for many area weddings and funerals. Music and her faith were central to her life.
Austine was a giving person, always putting other people's needs ahead of her own. She was very close to her children, her husband and her siblings. Austine always looked forward to family weddings and reunions, enjoying them to the fullest. She loved traveling and being with all of her family. She was an extraordinarily gentle, caring and loving person, and her family was constantly the beneficiary of her love. Family was her best friend, not to mention the many pets she rescued and enjoyed having as close companions.
A funeral Mass will be at 10:30 a.m. Thursday, January 23, 2020, at St. Mary's Catholic Church in Delavan. Msgr. Timothy Nolan will officiate. A visitation will be from 3 to 7 p.m. Wednesday, also at the church, followed by a prayer service at 7 p.m. Burial will be at St. Mary's Catholic Cemetery in Delavan.
Davis-Oswald Funeral Home in Delavan is handling the arrangements.
Memorials may be made to St. Mary's Catholic Church or the American Lung Association.
To express condolences online, visit www.davisoswaldfh.com.
Published by Peoria Journal Star from Jan. 20 to Jan. 22, 2020.
To plant trees in memory, please visit the Sympathy Store.
MEMORIAL EVENTS
Jan
22
Visitation
3:00p.m. - 7:00p.m.
St. Mary's Catholic Church
Delavan, IL
Jan
22
Prayer Service
7:00p.m.
St. Mary's Catholic Church
Delavan, IL
Jan
23
Funeral Mass
10:30a.m.
St. Mary's Catholic Church
Delavan, IL
Funeral services provided by:
Davis-Oswald Funeral Home
MAKE A DONATION
Please consider a donation as requested by the family.
MEMORIES & CONDOLENCES
Sponsored by Davis-Oswald Funeral Home.
1 Entry
Mary Connell-Oberlander
January 21, 2020
Showing 1 - 1 of 1 results