He also was preceded in death by his parents and his siblings, Maxine Benscoter, Doris VonDerHeide and Paul Sherman.

Rex was a 1938 graduate of Pekin Community High School and was a talented athlete in football, basketball and tennis. Rex received a full athletic scholarship in basketball and graduated from the University of Illinois in 1938. He was a member of the Alpha Tau Omega Fraternity at U of I and recently received the membership in the Diamond Circle in appreciation of his 75 years with ATO.

Rex was a decorated sergeant in the U.S. Army serving in World War II in New Guinea in the Southwest Pacific. He served under General Douglas MacArthur and was awarded the Bronze Star, among several other high level recognitions. He rarely talked of his time in WWII, where he lost many friends, but those who knew Rex understood they were in the presence of one of our great American heroes.

Rex was a teacher and coach in Bradford. He served as athletic director and taught history at Wheaton Community High School. His coaching career at Wheaton Central covered various sports, including football, basketball and golf. Rex received many accolades in his coaching career, but none meant more to him than that of the infinite praise and gratitude he received from his many students.

Rex and Emilie moved to Vero Beach, Florida, in the early 1970s, where he accepted a position working for his friend, Lynn Velde, at Velde Ford, Inc. Rex and Emilie made Vero Beach their home for 33 years.

He was an avid golfer, with a 5 handicap, and proudly displayed his certificates for his four holes-in-one.

Rex was a Christian.

A memorial service celebrating his life will be held at 11 a.m. today, Dec. 23, 2014, in the Community Room at Pekin Estates, 1540 El Camino Drive. The Rev. Judy Doyle will officiate and a flag folding ceremony will be provided by the United States Army. Private burial will be in Lakeside Cemetery in Pekin.

Preston-Hanley Funeral Homes & Crematory in Pekin is assisting the family with arrangements.

The family would like to offer many thanks to his wonderful caregivers, who became dear friends, at Pekin Manor.

In lieu of flowers, memorials may be made to a charity of the donor's choice.

Published by Peoria Journal Star from Dec. 22 to Dec. 23, 2014.
To plant trees in memory, please visit the Sympathy Store.
MEMORIAL EVENTS
To offer your sympathy during this difficult time, you can now have memorial trees planted in a National Forest in memory of your loved one.
Funeral services provided by:
Preston-Hanley Funeral Homes & Crematory
MAKE A DONATION
Please consider a donation as requested by the family.
MEMORIES & CONDOLENCES
7 Entries
Rex was a gentleman, a teacher, a coach and a friend. May he rest in peace. 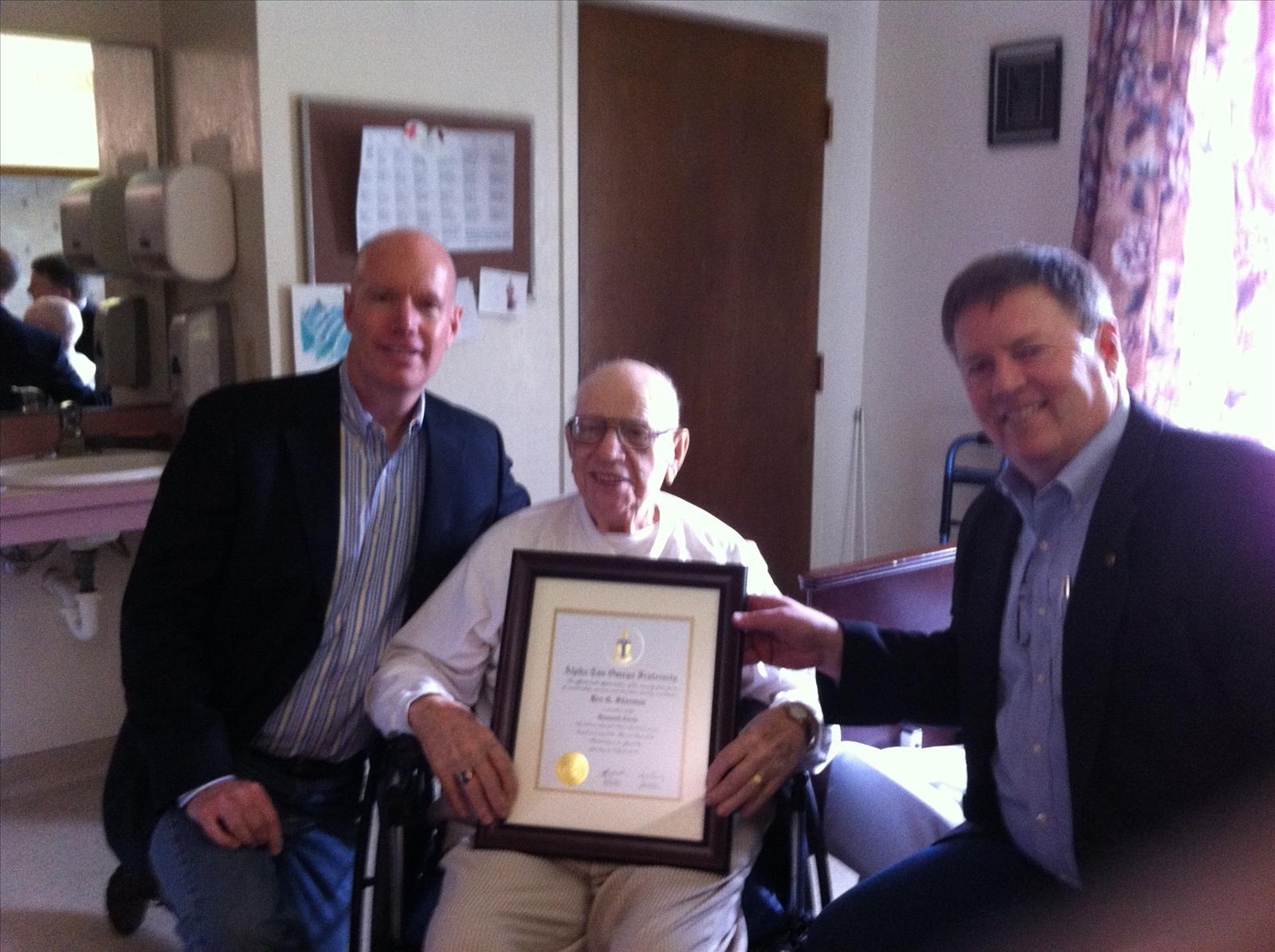 I had the honor of meeting Rex in April 2013 and attending the ceremony when he received the Diamond Circle award from Alpha Tau Omega Fraternity. Unfortunately it was the only time I was able to spend with Rex. He was so proud of his family. His nieces and nephews were often mentioned. He had great memories of his youth and his days in the fraterniy. Rex was a special man who will be truly missed. I was fortunate to have met him. Yes he pointed out his four holes in one and all the nurses calle him sexy Rexy. I still have a picture of him with me and my friend Dane-attached below. He was a proud member of the greatest generation. A true gentlemen!!
John Aymond
December 23, 2014
Coach - rest in piece. I benefited from your coaching and leadership on the WCHS golf team. My condolences to your family.
Terry Anderson
December 23, 2014
Showing 1 - 7 of 7 results