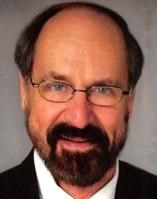 BORN
1941
DIED
2018
FUNERAL HOME
Preston-Hanley Funeral Homes & Crematory
500 N 4th St
Pekin, IL
Robert "Bob" Burress
PEKIN - Robert G. "Bob" Burress, 77, of Pekin passed away at 10:14 p.m. Saturday, Nov. 10, 2018, at UnityPoint Health-Methodist in Peoria.
Born March 19, 1941, in Corinth, Miss., to Olen Quentin and Willie Mae (Barnett) Burress, he married Mary J. (Graves) Lavin on Dec. 2, 1988, in Groveland. She survives.
Also surviving are four children, Michael (Karla) Burress, David Burress, Jason (Amy) Lavin and Sarah (Dustin) Wrhel, all of Pekin; eight grandchildren, Thomas Burress, Jennifer (Joe) Howard, Braden Lavin, Avery Lavin, Connor Wrhel, Brock Lavin, Roenick Smith and Easton Smith; and one sister, Frances Smith of California.
He was preceded in death by his parents, one brother and one sister.
He was a 1987 graduate of the University of Illinois at Springfield with a Bachelor's Degree in Criminal Justice and Social Science.
Bob was a dedicated public servant, working for the City of Pekin for 27 years, retiring in 1995 as Chief of Police, a position he held from 1992 to 1995. During his career with the Pekin Police Department, Bob was instrumental in investigating Operation Grainlord, a multimillion dollar grain fraud scheme. He was a longtime member of the M.E.G. Board and the 911 Board in Tazewell County. He also helped start the neighborhood crime prevention program in Pekin. He started his work life at Laidlaw Wire in Bartonville and at Pekin Park District.
In retirement, Bob served as a member of the Tazewell County Board of Review, Cincinnati Township Assessor and a founding member and director for the Illinois Public Pension Fund. He also served on the City of Pekin Police and Fire Pension fund. He was a member of Pekin Moose Family Center 916 and also Pekin AMBUCS.
Bob was all about community service and especially helping and mentoring others. If you knew Bob, you would be touched by him. Bob attended Pekin First Church of the Nazarene.
His memorial service will be 10:30 a.m. Friday, Nov. 16, 2018, at Preston-Hanley Funeral Homes & Crematory in Pekin. Pastor W. Lloyd Brock will officiate. Visitation will be from 4 to 7 p.m. Thursday at the funeral home. Inurnment will follow the service in Glendale Memorial Gardens in Pekin. Honors will be accorded by the Pekin Police Department.
In lieu of flowers, memorial contributions may be made to Tazewell Animal Protective Society, 100 Taps Lane, Pekin, IL 61554, as Bob was big into animals.
To express condolences online, visit www.preston-hanley.com.
Published by Peoria Journal Star from Nov. 12 to Nov. 14, 2018.
To plant trees in memory, please visit the Sympathy Store.
MEMORIAL EVENTS
Nov
15
Visitation
4:00p.m. - 7:00p.m.
Preston-Hanley Funeral Homes & Crematory
500 N 4th St, Pekin, IL
Nov
15
Inurnment
Glendale Memorial Gardens
Pekin, IL
Nov
16
Memorial service
10:30a.m.
Preston-Hanley Funeral Homes & Crematory
500 N 4th St, Pekin, IL
Funeral services provided by:
Preston-Hanley Funeral Homes & Crematory
MAKE A DONATION
MEMORIES & CONDOLENCES
Sponsored by Preston-Hanley Funeral Homes & Crematory Funeral Homes, L.L.C..
10 Entries
Bob was a very special person and came with a big heart. He lived his life for others and was always there to help, listen, advise and be a true friend. He will truly be missed! Our prayers will be with Mary and the Burress Family. May God bless you and your family in this time of sorrow.
John & Helen Edwards
Friend
November 15, 2018
May God bless you and your family in this time of sorrow.
js ts
November 14, 2018
Deepest sympathy and prayers to the family. Bob was a strong supporter of public safety and fighter looking after their pension plans.
Paul & Nancy Brown
Friend
November 14, 2018
Bob was the salt of the earth. Despite hardships in his life, he never complained, he always overcame. Bob wanted to know about you and your family. Did you need any help with anything, he would always offer. I miss him and his generous heart.
JIm Dobrovolny
Friend
November 14, 2018
I'm so sorry for your loss. As you remember your love one, may your precious memories and Almighty God comfort your broken hearts and strengthen you during this sad time. (Psalm 147:3)
November 13, 2018
Bob, or Bobby as I called him and Davey Nagel as he always called me. Bob knew I was a patch collector and was always asking me if I needed anything from his area of the state.Bob would come up with patches that I tried and tried to obtain but was unable to. He had the magic touch. Even when I was a little down Bob had the words to lift my spirits and make me laugh. He Will be missed by so many for doing so much to help so many people. God bless you Robert Burress.
David Nagel
Friend
November 13, 2018
It was always nice to see Robert at an IPPFA gathering. Learned a lot just sitting with him occassionally and listening to what he had to say. A remarkable gentleman.
Michael Lappe
Friend
November 13, 2018
Bob was a dedicated public servant. He was a long-time advocate for retired and disabled first responders. He lived as an example of selfless service to community and country. To Mary and the Burress family, please accept Erica and my deepest condolences. Bob is remembered, respected, and missed.
Keith A. Karlson
November 13, 2018
Bob was truly a gentlemen and he will be missed. His contributions to IPPFA and police officers throughout the State are immeasurable.
Rick Reimer
Friend
November 12, 2018
Bob, a very nice man. Welcomed everyone with a great conversation. Mary my prayers are with you.
Jim Maloney
Friend
November 12, 2018
Showing 1 - 10 of 10 results