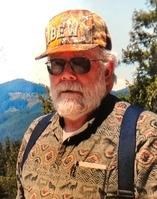 BORN
1945
DIED
2020
FUNERAL HOME
Kline Funeral Home - Pine River
3042 State 371 SW
Pine River, MN
Robert Naffziger
TREMONT - Robert L. (Bob) Naffziger, loving father, grandfather and great-grandfather, passed away peacefully in his home in Backus, MN on December 6, 2020 at the age of 75.
Bob was born on October 28, 1945 in Pekin, IL to Merle and Leanna Naffziger. On August 22, 1965, he married Norma Jean Fawer and together they raised three sons, Rob, Kirk and Tim. Later, when his sons were high school age, Bob moved his family from Illinois to Minnesota.
Bob attended trade school at Dunwoody in Minneapolis, MN to become an electrician, and held that profession until he retired in 2012. He had a passion for mechanics and built a reputation as the go-to person to fix anything—everyone called him for help. Above all, Bob will be remembered as a kind and compassionate person, for his enjoyment of hunting and fishing, and for the love he gave to his family and friends.
Bob is survived by his sons: Rob (Sandy), Kirk (Kate), and Tim (Deseree); his grandchildren: Bailey (Heather), Trenton, Caitlyn, Taylor, Madeline Herrity (Carter), Leanna, Paetyn, Sophie, and Juliet; and his great-grandchildren, Elowyn and Calvin; his brother, Jim (Sue); his best friend, Don Michel (Jan); his ex-wife, Anita Peske; and many cousins, nieces, nephews, and friends. Bob was preceded in death by his father, Merle; his mother, Leanna; and, his ex-wife, Norma Jean.
A memorial will be held at a future date when it is safe to gather. Condolences and remembrances can be shared at klinefuneralhome.com or mailed to Kline Funeral Home, PO Box 511, Pine River, MN 56474.
Published by Peoria Journal Star from Dec. 11 to Dec. 13, 2020.
To plant trees in memory, please visit the Sympathy Store.
MEMORIAL EVENTS
To offer your sympathy during this difficult time, you can now have memorial trees planted in a National Forest in memory of your loved one.
Funeral services provided by:
Kline Funeral Home - Pine River
MAKE A DONATION
MEMORIES & CONDOLENCES
Sponsored by Kline Funeral Home - Pine River.
1 Entry
Sorry for your loss! We are glad we got to know Bob through Rob and Sandy. He will be missed!
Joe and Kathy Faust
Friend
December 13, 2020
Showing 1 - 1 of 1 results