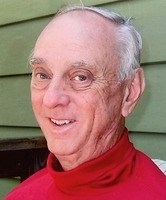 BORN
1932
DIED
2021
FUNERAL HOME
William H. Clark Funeral Home, Inc.
1003 Main Street
Stroudsburg, PA
Robert J. Kehrbaum
05/10/1932 - 07/12/2021
Robert J. Kehrbaum, 89, of Mountainhome, died Monday afternoon, July 12, 2021, at All American Assisted Living in Hillsborough, NJ.
Born on May 10, 1932, in Queens, NY, he was a son of the late Frank and Agnes (Anderson) Kehrbaum and has resided in Mountainhome since 1974.
Robert was a Battalion Chief with the New York City Fire department as well as served in the United States Air Force both on active duty and in the Reserves. He retired from the New York City Fire Department in 1974 after over 20 years of service.
Bob aka "Chief" was an active member of the former St. Bernadette's Roman Catholic Church in Canadensis and the New York City Retired Firemen's Association. Furthermore, he trained many of the firefighters in the Pocono Region and owned the Pocono Home Inspection company.
He is survived by his wife, Eileen C. (Underwood) Kehrbaum; three children, John Kehrbaum and wife Tita Ugalde of Los Angeles, CA, Catherine Friedrich and husband Curt of Clermont, FL and Ellen Compell and husband Chris of Hillsborough, NJ; five grandchildren, Ian, Viktoria, Hope, Samantha and Allison; and many nieces and nephews. He was preceded in death by a son, Robert Kehrbaum, Jr in 1980; and four siblings, Richard Kehrbaum, Frank Kehrbaum, Agnes Lagrange, and Anne Hommel.
There will be a visitation for family and friends on Sunday, July 18, from 1:00 to 4:00 PM at the William H. Clark Funeral Home, 1003 Main Street, Stroudsburg. A Mass of Christian Burial will be celebrated on Monday, July 19, at 10:00 AM at St. Matthew's Roman Catholic Church, 78 Ridgeway Street, East Stroudsburg. Burial will follow at Laurelwood Cemetery in Stroudsburg.
Instead of flowers, the family requests that memorial remembrances be made to the FDNY Foundation (fdnyfoundation.org).
William H. Clark Funeral Home
1003 Main Street, Stroudsburg, PA 18360
www.wmhclarkfuneralhome.com
Published by Pocono Record from Jul. 15 to Jul. 16, 2021.
To plant trees in memory, please visit our Sympathy Store.
MEMORIAL EVENTS
Jul
18
Visitation
1:00p.m. - 4:00p.m.
William H. Clark Funeral Home
1003 Main Street, Stroudsburg, PA
Jul
19
Mass of Christian Burial
10:00a.m.
St. Matthew's Roman Catholic Church
200 Brodhead Avenue, East, PA
Funeral services provided by:
William H. Clark Funeral Home, Inc.
MAKE A DONATION
MEMORIES & CONDOLENCES
Sponsored by William H. Clark Funeral Home, Inc..
3 Entries
Thoughts and prayers to Eileen and family. I remember Bob well from working out at Steve Repsher´s many years ago. Remember him also talking about his baseball!Also know Eilleen as she taught my daughters at Notre Dame. May he Rest In Peace!
Nancy Clark
Other
July 23, 2021
Rest in peace Bob. I will remember you fondly and wish your loved ones the best. We had many happy times on the golf course!
Ted Satterthwaite
Friend
July 19, 2021
Rest in peace "Sweet Old Bob" or SOB as he would tell us in a fire school training class. You were one of a kind, really enjoyed you riding shotgun on a few calls with us in the front seat of our 82 Pirsch tiller. Thanks for all of your teaching to us local firefighters. Peace be with you Kehrbaum Family.
peter solotruk
Friend
July 16, 2021
Showing 1 - 3 of 3 results