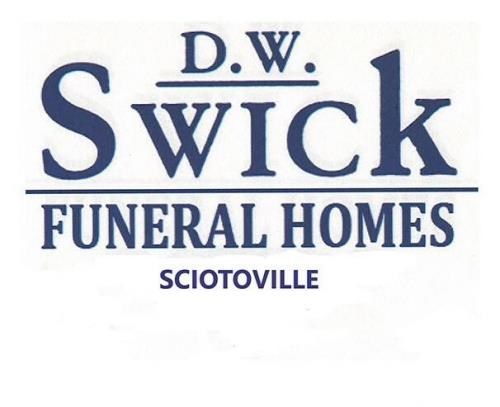 MANSFIELD-Denver Roof, 80, of Mansfield, passed October 12th at Grant Hospital Denver was born June 25, 1941, in South Webster, Ohio to Eugene and Alice (Hale) Roof. He enjoyed riding motorcycles and had a zest for life and optimism that was contagious and admirable.

A celebration of life was held November 20, 2021 at Vernon Cemetery under the direction of the D.W. SWICK FUNERAL HOME in Sciotoville.

Published by The Daily Times from Nov. 23 to Nov. 24, 2021.
To plant trees in memory, please visit the Sympathy Store.
MEMORIAL EVENTS
To offer your sympathy during this difficult time, you can now have memorial trees planted in a National Forest in memory of your loved one.
Funeral services provided by:
D.W. Swick Funeral Home Wolfe-Nelson Chapel
MAKE A DONATION
MEMORIES & CONDOLENCES
0 Entries
Be the first to post a memory or condolences.