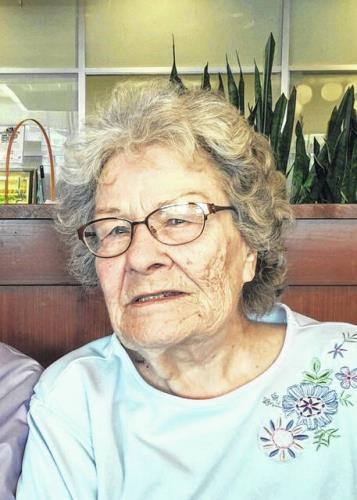 PORTSMOUTH-Joyce Ann Farmer, 84, of Portsmouth, passed away Sunday, November 21, 2021, at Southern Ohio Medical Center. She was born November 24, 1936, in Portsmouth, a daughter of the late Hallock Salyer and Anna Mae (Salyers) Salyer Puckett.

A homemaker, Joyce had also worked as a cashier at the former Sundry Stores, Hecks and Take 10. She attended Portsmouth City Schools and had proudly been one of the areas fastest female foot racers in her youth. Joyce also enjoyed playing bingo, but she dearly loved being a grandmother more than anything.

Graveside services will be held at noon, Friday at Sunset Memorial Gardens with Dennis Dawes, minister, officiating. Arrangements are under the direction of the RALPH F. SCOTT FUNERAL HOME in Portsmouth.

In lieu of flowers, memorial contributions may be made to St. Jude Children's Research Hospital at stjude.org and the Salvation Army, 1001-9th St., Portsmouth, OH 45662.

Online condolences may be shared at RalphFScott.com.