SCIOTOVILLE —Wendell E. Skinner, 69, of Sciotoville, died peacefully on Thursday, December 21, 2017 at the SOMC Hospice Center with his family by his bedside. Born on December 26, 1947 in Portsmouth, he was a son of the late Donald E. and Betty Taylor Skinner, was a retired pressroom foreman for the Portsmouth Daily Times with 33 years of service, and general manager of Skinner Printing in New Boston.

Wendell was most proud of being an Army veteran of the Vietnam war, even though being trapped beneath a crashed helicopter on a rescue mission and was left for dead. Four hours after the crash his commanding officer was livid that Skinner had been left behind and flew back to bring back his body. He was dug from beneath the helicopter with rifle butts and received the Purple Heart. Wendell graduated from aircraft maintenance helicopter repair school in August 1967. He was a member and president of the Scioto County Purple Heart Association and proudly served on the Veterans Service Commission from 2002 until the present.

A Celebration of Wendell's Life will be held at 11:00 a.m. on Wednesday, December 27th, at the Christ United Methodist Church with Rev. John Richards and Rev. Richard North officiating. Interment will be in Memorial Burial Park with military honors by the United States Army and the James Dickey Post of the American Legion.

The family will receive guests at the church from 4:00 p.m. until 7:00 p.m. on Tuesday and one hour prior to the service.

Memorial gifts may be made to Christ United Methodist Church or SOMC Hospice.

Arrangements are under the direction of the Brant Funeral Service in Sciotoville. 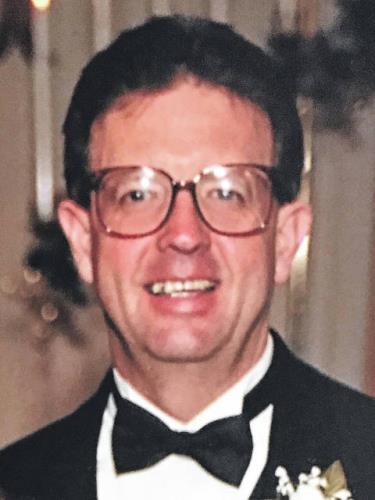 Published by The Daily Times from Dec. 21 to Dec. 23, 2017.
To plant trees in memory, please visit the Sympathy Store.
MEMORIAL EVENTS
To offer your sympathy during this difficult time, you can now have memorial trees planted in a National Forest in memory of your loved one.
Funeral services provided by:
Brant Funeral Service - Sciotoville
MAKE A DONATION
MEMORIES & CONDOLENCES
21 Entries
Dear Marsha, Donna and family, I am so sorry to hear about Wendell! Reading the obit let me in on the many years that have passed, but always remember his smile and that twinkle in his eye! Blessings to all of you and you will continue to be in my thoughts and prayers!
Sincerely
Kay McCardle Luster
January 15, 2018
Wendell was one of a kind and will be missed by everyone who knew him. I am so sorry for your loss, Marsha, Scott and Troy, you are in my prayers.
Jenny Evans Schehl
December 27, 2017
sorry to hear about Wendell he was a great guy.
dennis sparks
December 27, 2017
"Marsha, so sorry for your loss, all of Sciotoville will miss Wendell, he was a true treasure that cannot be replaced! Phil and Ellen Houck ( Hogansville,Ga.)
December 26, 2017
We are go grateful to Wendell for his great service to our country and to Sciotoville. Especially East High.
Mark Baer, class of 66.
December 25, 2017
The area as a whole the Sciotoville Community and Portsmouth East HS in particular have lost one of its finest supporters. My deepest sympathy to Marsha, Troy,Scott and his sister Donna. None like Wendell will ever pass this way again. Sincerely, Rick Odle
December 24, 2017
I am truly heartbroken. I knew Wendell, since we were at church camp in Lancaster, Ohio in 6th grade. What a wonderful human being he was, who loved his wife and family dearly. May God hold his family in His warm and loving embrace, as you go through this most difficult time.
Debby (Matiz/Maroudis) Schulze
December 23, 2017
Marsha,Troy,Scott and family condolences to you. Wendell was a great guy! A real Tartan fan and supporter of the Sciotoville community. He will be missed but we will see him again in Heaven. Sincerely Jerry and Judie Burleson
Jerry and Judie Burleson
December 23, 2017
Marsha and family,
I am so sorry for your loss. May you and your family find comfort in God's care. You will be in our prayers.
Shevin Mckee and family.
December 23, 2017
So sorry to hear this. I remember him from my early years in Sciotoville in the late 50's. Your family is in my thoughts and prayers.
Larry Bryan
December 23, 2017
So sorry to hear this. I remember him from my childhood days in Sciotoville in the late 50's. Your family is in my thoughts and prayers.
Larry Bryan
December 23, 2017
Marsha and family, condolences to y'all on the passing of Wendell. Many fond memories of growing up around your family. My wife and I will keep y'all in our prayers.
William & Anne Altman
December 23, 2017
Donna - so sorry to hear about the loss of your brother. Our condolences. John and Patti Oppy
John Oppy
December 23, 2017
You are in all of our thoughts Marsha. From Mary, Debbie, Phil, Albert, Laura and Mary Ann.
mary buffinger-boggs
December 22, 2017
Donna, so sorry for the loss of your brother! Our prayers are with you and the family! Prayers and Hugs! Love, Bob and Debbie Morrison
Bob and Debbie Morrison
December 22, 2017
Marsha,
I was so sorry to hear about Wendy's passing. He went out of his way to be my first friend when I moved to Sciotoville and remained a true friend throughout his life.
Mike Walker
December 22, 2017
Marsha and Donna I am very sad to hear about Wendell. My thoughts and prayers are with you both and your family.
Phil Liles
December 22, 2017
Marsha and boys, Gerry and I are so sorry for your loss. Prayers for the family .
Gerry & Bonnie Gilliland
December 22, 2017
Marsha, so sorry to hear about Wedell. I enjoyed seeing you both at church when I attended there.
Love and prayers for you and your family during this difficult time.
Kathy Knowlton Ross
December 21, 2017
Sympathy to his family at his time of loss. A good man and a Brother to all of us 195th AHC members from VN.
Joe Schmitt
December 21, 2017
Sorry to hear this about Wendell. He was so much apart of my youth growing up in Sciotoville. Playing sports he always had a smile and a nick name for you. You was always glad to see him. Prayers to Marsha and the boys.
Brad Johnson
December 21, 2017
Showing 1 - 21 of 21 results