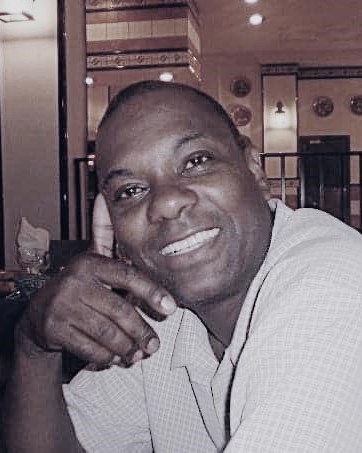 BORN
1958
DIED
2020
FUNERAL HOME
Guy & Allen Funeral Directors, Inc.
2959 West 11th Avenue
Gary, IN
Canute Carl Campbell passed away suddenly on July 29th, 2020. Born on March 28th, 1958 in Saint James Parrish, Jamaica, Canute was a simple, kind and charismatic man. Born into a family of thirteen, Canute was one of the youngest. He was a master of his profession working in the hospitality industry, starting with his job working for the British High Commission as a butler. In the early 90's, he immigrated to the United States in New York where he continued his work in the food and beverage industry. Canute moved to Portland, Oregon in 1996, where he continued to work in hospitality at several historic locations including the River Place Hotel and then the Embassy Suites in downtown Portland. There he continued to build relationships with his work family. In Portland, he met and married his wife Wendy Freeman in 1998. In 2004 he and his family moved to Gary, Indiana where he worked at the Palmer House Hilton in downtown Chicago, a dream location for him. There he became active in Unite Here! as the Union representative. He was instrumental in creating a benefit and retirement structure and helping his Palmer House family during numerous strikes. He also took the time to be a mentor to many and a happy face to all. Canute is preceded in death by his parents, Ivy and Henry Campbell, and his siblings, Leslie and Colis Campbell. He is survived by his loving wife Wendy Freeman-Campbell, his son Oshane Campbell (Shanique), his daughters, Garrison Merriweather (Jaquann) and Ivy Campbell, and his granddaughter Zoey Chanel Campbell. He is also survived by his siblings Ossel (Fay), Olga (Griffiths), Hyacinth, Daphne, Roy, Veronica, Veeda (Charles), Grace (Bingham), Donald, Edney (Beverly), and Audley. Canute also made many relationships through his 44 years of work in the food and beverage industry, where his fellow coworkers considered him as a brother. Visitation, Saturday, August 8, 2020 from 9:30 a.m. -10:30 a.m. at Guy and Allen Funeral Chapel, 2959 W 11th Ave. with committal to follow at 11:00 a.m.at Evergreen Memorial Park, 3815 W 39th Ave in Hobart, Indiana There will be a live zoom repast celebration at 1pm and drive by car parade from 4-6pm 1760 Taft St, Gary IN. Donations can be made for his daughter Ivy Campbell, whom he loved very much. She will be a sophomore at University of Indianapolis and will need funding for school. Cashapp: $poisonivylc; Zelle: (219)-616-8650 and Venmo: @poisonivylc.