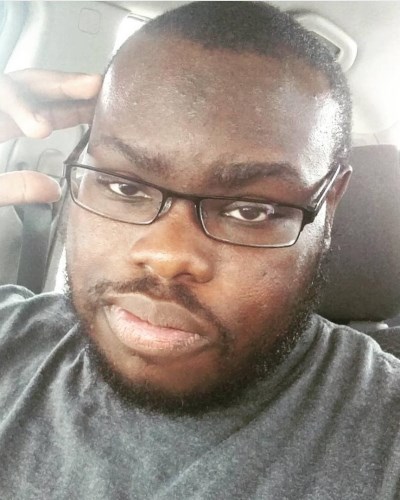 BORN
1987
DIED
2021
FUNERAL HOME
Guy & Allen Funeral Directors, Inc.
2959 West 11th Avenue
Gary, IN
Age 34, passed away on Wednesday, September 8, 2021, at his home in Indianapolis, Indiana. Cordell was a resident of Indianapolis since 2011. He was born August 17, 1987, in Gary, Indiana the only child of the union of Linda Brandon and Rozell Crawford. Cordell was a graduate of Lew Wallace High School, class of 2007. He was employed as a supervisor at Veritiv Corp in Indianapolis, IN. Preceded in death by his mother, Linda Brandon, grandmothers, Virgie Brandon and Lurie Pops-Crawford, grandfathers, James Brandon and Jacob Lord Crawford Sr, great grandmother, Mattie Reddick, and aunt, Sarah Leason. After the death of his mother and grandmother at 10 years old, Cordell moved in with his aunt and uncle Leon and LaVearn May of Gary, who raised him as their own child. Cordell was an Israelite, who kept the laws and commandments of God in the faith of Christ. Cordell leaves to cherish his loving and devoted memories aunt LaVearn (Leon) May of Gary, IN; 2 uncles Vincent (Cherice) Brandon of Merrillville, IN, StanDeRay (Robin) Brandon of Minneapolis, MN, his best friend Frederick Rathers of Indianapolis, IN, 2 God-children Andrynna and Jackson Rathers of Indianapolis, IN., father, Rozell Crawford of Rockford, IL, and 2 siblings Bernard Wynn of Milwaukee, WI and Lashona Wynn of Kenosha, WI. Visitation Monday September 20, 2021 from 10am-11am at Guy & Allen Chapel with a burial to follow at Evergreen Memorial Park.

Published by Post-Tribune from Sep. 15 to Sep. 19, 2021.
To plant trees in memory, please visit the Sympathy Store.
MEMORIAL EVENTS
Sep
20
Visitation
10:00a.m. - 11:00a.m.
Guy & Allen Funeral Directors, Inc.
2959 West 11th Avenue, Gary, IN
Funeral services provided by:
Guy & Allen Funeral Directors, Inc.
MAKE A DONATION
MEMORIES & CONDOLENCES
9 Entries
I´m so sorry to hear of your loss.My heart goes out to the family.
Almetter Crawford
Family
September 20, 2021
Rip my friend
HB
September 19, 2021
My Sincere Heartfelt Condolences. RIH Cordell love eternally.
Gwenda Steele
Family
September 16, 2021
RIH Cordell. My deepest condolences to Fred and Family. May God ease everyone´s pain
valerie massey
Friend
September 15, 2021
Cordell, Cordell I will miss that polite smile and hello whenever I saw you. My father loved to see you. Thank you for enriching my life and my family. Your neighbor!!
Barbara Mack
Friend
September 15, 2021
I am truly sorry, Cordell has passed. We'll join him in Heaven.
Maria Benjamin
September 14, 2021
We watched Cordell as he grew up while living with his aunt and uncle and he was the most well mannered young man you would ever want to see. He was so kind and polite all the time. His impression on you was engraved. I saw him for the first time in many years a month or so ago and he was the same warm individual. So sad to hear of his passing. Our condolences to his family and friends from 52nd Ave neighbors.
Shirley & Clinton Noland
Friend
September 14, 2021

My sympathy to the family of Cordell Brandon. I went to high school with him. We hangout at my house after school sometimes and on the weekends. We stayed connected after we graduated from high school too. He was the most kind hearted person in the world. He left us to soon and will be deeply miss! You are in my prayers.
Christina Gomez
September 14, 2021
Cordell was honestly one of the nicest most genuinely good hearted people I have ever met. Everyone who knew him loved him, and we were all luckier to have had the good fortune to be graced by his amazing soul. You will be missed dearly Cordell.
Patrick
Friend
September 14, 2021
Showing 1 - 9 of 9 results