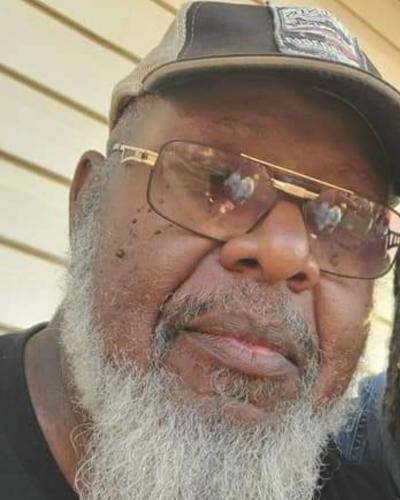 Published by Post-Tribune on Sep. 22, 2021.
To plant trees in memory, please visit the Sympathy Store.
MEMORIAL EVENTS
Sep
24
Visitation
12:00p.m. - 8:00p.m.
Guy & Allen Funeral Directors, Inc.
2959 West 11th Avenue, Gary, IN
Sep
25
Funeral service
11:00a.m.
Glen Park C.O.C.
505 East 45th Avenue, IN
Funeral services provided by:
Guy & Allen Funeral Directors, Inc.
MAKE A DONATION
MEMORIES & CONDOLENCES
10 Entries
My Condolences to the family I worked with Dough in #2 Roll Shop for many years .Great sense of humor. Kept us laughing. He will be missed.
Betty (Viverette) Taylor
September 25, 2021
My condolences to the Kennedy family. Doug will be missed
Doris Harmon
Work
September 25, 2021
May Gods grace and Peace be unto the Kennedy family and respect, honor and love unto my Brother and Friend Doug.
Jerome Gilbert
Friend
September 25, 2021
To The Kennedy Family , I'm at a loss for words , Douglas was such an amazing person , He had great Love for his family , A true gentle giant with the most distinguish voice a man could have ,, I'm going to miss him ,, Especially when I go to see Linda and he tell me how to park in her driveway ,,, And me telling him to mind your business , because you don't live here , And the argument begins ,,, So rest on my friend ,, You were such an amazing brother ,uncle , and friends to so many people , I will never forget you !
Linda J Laster
September 24, 2021
My Uncle, My Great Uncle, Only two year's older than My Dad.... My Uncle, My Great Uncle... Only Few People I Allow to Call by my nickname my Dad gave me at young Age & you made sure you put stress on it when said...until we see you again....Love ya! PEACHES & FAMILY
PEACHES
September 23, 2021
My Uncle, Father, Brother most of all. My Best Friend. Words will never be able to express my love for you. I thank God, for you being a my role model. -Antoine
Leonard Antoine Neal
Family
September 23, 2021
So long Cuz; may you rest in Paradise!
Horace Grant
Family
September 22, 2021
Linda you have my deepest sympathy in the death of your beloved brother.
Myrtle Mateen
Friend
September 22, 2021
May God bless you and your family in this time of sorrow.
scott
September 22, 2021
Dear Linda and the entire Kennedy family. I was saddened to hear about the loss of your brother Doug. I have fond memories of him and his KZ 1000. I remember that he was so proud of his motorcycle, and I looked forward to riding with him. I pray that God will give you comfort during this most difficult time.
George M Johnson
Friend
September 22, 2021
Showing 1 - 10 of 10 results