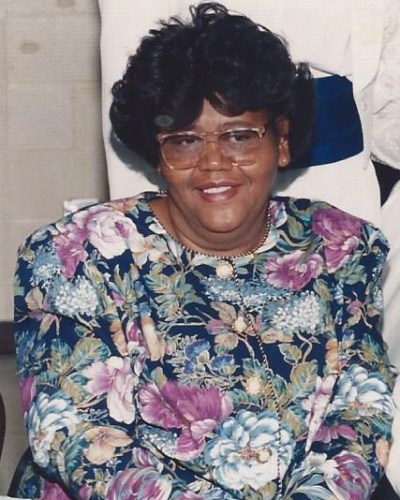 BORN
1945
DIED
2019
FUNERAL HOME
Guy & Allen Funeral Directors, Inc.
2959 West 11th Avenue
Gary, IN
was born February 13, 1945 to Margaret VanDyke and Pearlie Raye in Paris, Tennessee. Georgia professed her hope in Christ at an early age and was a Sunday school teacher. On December 31, 1963 Georgia was united in holy matrimony to her husband of 56 years, Rogers Dean Kendall. To this union was born four children Keith, Karen, Kim and Kathy (who died shortly after birth). The couple moved to Gary, Indiana in 1965. Georgia was a stay at home mom until entering the work force in the mid 1970's. Georgia spent her entire career at Gary Hobart Water Company, now known as Indiana American Water Company, until retiring in 2006. Georgia, known as "Momma Georgia" too many had a way of touching the lives of everyone she met in a positive way. Her non-judgmental attitude, brutal honesty, compassion, and open arms for others are just a few qualities that made her special and loved by so many. After bravely battling cancer off and on for the last eleven years God decided to ease Georgia's weary soul and welcomed her into his glorious kingdom on May 13, 2019. Georgia was preceded in death by both parents and Brother Leigh Gary. She leaves behind to cherish her memories husband Rogers Dean Kendall; children Keith (Delmar) Kendall, Karen (Gerald) Akujobi and Kim Kendall; grandchildren Keevon Kendall, Kayla Akujobi, Gerald "Uche" Akujobi Jr., and Dara Glover; two great grandchildren Timothy and Tinsley; two very special people she regarded as sons Reginald Smith and Randy Meadow; sister Linda (Dale) Tharpe; niece Erica Tharpe and a host of other friends and family. Memorial services Saturday May 19, 2019 at 2:00 p.m. at the Guy & Allen Chapel.

Published by Post-Tribune on May 17, 2019.
To plant trees in memory, please visit the Sympathy Store.
MEMORIAL EVENTS
May
18
Memorial service
2:00p.m.
Guy & Allen Funeral Directors, Inc.
2959 West 11th Avenue, Gary, IN
Funeral services provided by:
Guy & Allen Funeral Directors, Inc.
MAKE A DONATION
MEMORIES & CONDOLENCES
9 Entries
Mr. Dean Kendall, God has seen your pain and your moments of dispair, trust that he understand, for earth has no sorrows that heaven cannot heal. Though weeping may endure for a night, but joy comes in the morning. May the precious memories of your beloved bring you comfort and the hand of God sustain you with His peace.
Min. H. Carl (Hoot) Gary
May 18, 2019
Dean, Keith, Karen and Kim I'm so sorry for your loss. Georgia was an amazing person and a Momma to so many people. She truly will be missed but will always be remembered. Georgia taught me so much over the years not only for work but in life she was an amazing person. I'm so sorry we can't be there to say goodbye today but we know if she was here she would tell us don't you worry about that. Praying for Gods comfort for all of you and sending our love.
Betty & Bill Hill
May 18, 2019
Georgia was such an amazing woman and a "mother" figure to all of us growing up in the neighborhood. To Dean, Keith, Karen, Kim, and family, you have my love, prayers, and support during this challenging time. I hope you find comfort in knowing that she truly touched a lot of lives and will be missed by many.
David Jennings
May 17, 2019
Georgia my dear friend. You rest now in the arms of the Lord. It is well deserved+
Roy Hukse
May 17, 2019
To the family, my sincerest condolences on Mom's passing. I will continue to pray for your strength.
Duckworth Patricia
May 17, 2019
Kim and Family,
I know you are hurting right now, but know that Georgia fought a good fight. God has now called her home, saying your work on earth is complete, now take your rest my good and faithful servant.
Deborah Spikes
May 17, 2019
Deborah Spikes
May 17, 2019
Keith, Karen, Kim and family, there is nothing we can ever experience like Mothers love, it is a gift that God give through Mother to nourish us as we journey through this life while here on earth. A love that last a lifetime. May God give you the strength to endure your moment of beareavement as your beloved transition into the garden of peace to rest from all her labors.
Min. Carl (Hoot) Gary
May 17, 2019
rip Georgia you shall be missed
gwendolyn turner west
May 17, 2019
Showing 1 - 9 of 9 results