It is with great sadness that The Family of Gerald D. Irons, Sr., announce his peaceful transition from this earth, on April 1, 2021, due to complications of Parkinson's disease. Gerald was born in Gary, Indiana the youngest of seven. He attended the University of Maryland - Eastern Shore. He was drafted to the NFL as a Linebacker for 10 years, 6 years with the Oakland Raiders and 4 years with the Cleveland Browns. During his tenure with the Oakland Raiders, he completed his MBA at The University of Chicago. He was voted Cleveland Browns Team Captain and received several Golden Helmet Awards. Gerald was named an "Oakland Raiders Legend" and is listed among the "100 Greatest Cleveland Browns" of all time. He was named to the Indiana Football Hall of Fame in 2013. Upon retirement he worked 32 years with The Woodlands Development Company, as Vice President of Business Development. He was an Elder and Founding Member of Impact Church of The Woodlands, Texas. The CISD named a school in honor of his twenty-two years of service on the school board. Gerald is the first NFL player to have a school named in his honor. Gerald and his wife, Myrna, share their story in their book "When Preparation Meets Opportunity". He is predeceased by his parents Earmon J. Irons Sr. and Sycbrathia Irons, sister, Eula Mae Irons-Berry, and brother, Lethenius Irons. He is survived by Myrna, his wife of fifty years; sons, Gerald, Jr., Jarrett (Jazelle) and Grant, and grandson, Gerald Irons, III a student at the U.S. Military Academy, West Point; two granddaughters, Bella, and Zoe. He also leaves to mourn his siblings: Earmon J. (Mable) Irons Jr., Syrathia (Milton) Irons-Thaxton, Evie Lee Irons; Aunt, Dorythal Curtis, sister-in-law, Leslie Wise and a host of nieces, nephews, and other relatives. Visitation will be Thursday, April 15, 2021 from 4-6 pm at Impact Church of The Woodlands, 5401 Shadowbend Place, The Woodlands, TX 77381. A Celebration of Life will be held at a future date. 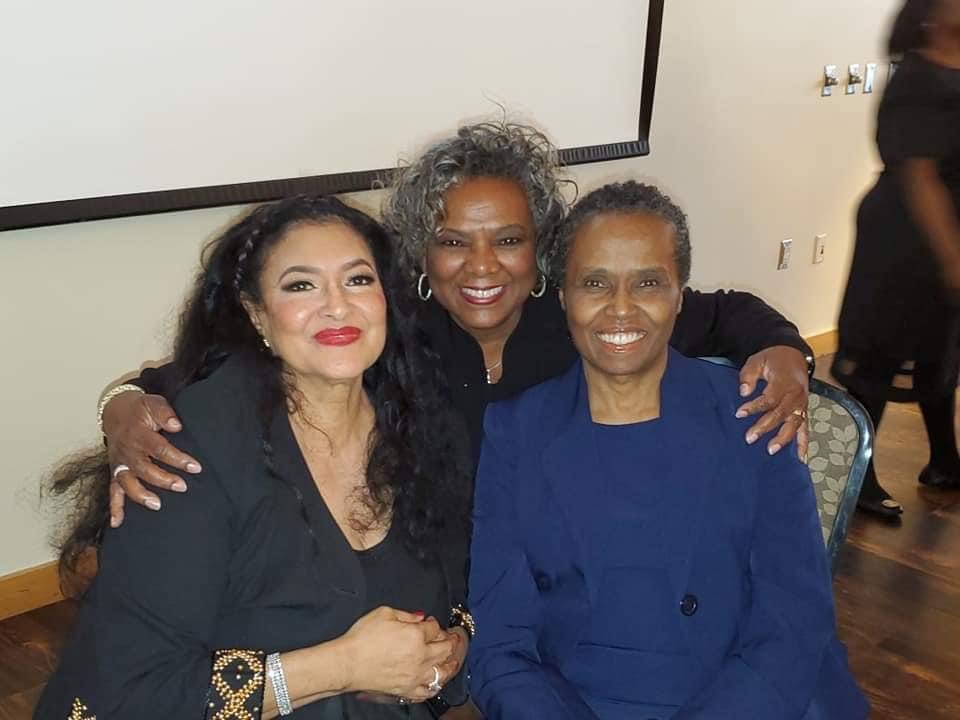 We first met at Roosevelt High School in the cafeteria. You walked up to me, never asked my name but you asked me to marry you. This began a journey that was a glorious love affair. You loved me well and deeply for almost 60 years. I felt the same. We enjoyed each other so much. Never a day passed that we did not tell each other how much we loved each other. You said we were "One." You loved our three sons, Gerald Jr., Jarrett and Grant deeply. Our grandchildren filled your heart, Gerald III, Bella and Zoe. Our sons told me they loved you more because the way you loved me. We are so proud of you. You were awesome, righteous and a Godly husband, father and grandfather. I will miss you until I am able to join you. I love you, your wife, Myrna
Myrna Irons
Family
October 1, 2021
I was so sad to see the passing of Mr. Irons on the web. He was the nicest man! I saw him along the Pro Football Hall of Fame parade route in the early 90´s in Canton and he told me his name and I asked him if he´d like to be my guest the next morning on my radio show on Rock 107 WRQK and he said, "Absolutely." We had a great time on the air, he was just a true professional on and off the field. He´ll be missed. Rest In Peace my friend...
Brian Kelly
Other
September 25, 2021
Growing up in the 70s and following the NFL, it was a memorable moment and thrill for me to meet Gerald through a mutual business colleague/friend. We spent 2 1/2 hours at lunch talking 70s NFL Football. Gerald had some great stories that were shared. Gerald followed up with me weeks later with an autographed picture of himself as a player for the Raiders. That picture now hangs in my office. May God bless the Irons family. Gerald was revered as a Man of God and he always took the opportunity to share his faith with people that he met. Godspeed Gerald as you begin your new life with Christ in heaven.
Michael Manion
Friend
July 8, 2021
Gerald Irons was a unique man who through the grace of God and hard work, leveraged his athletic, people and business skills for the glory of God. We were blessed to have known him. Our deepest condolences to Myrna and the Irons family.
Steve & Renee Honeycutt
April 22, 2021
May God bless and comfort the Irons family during this time. I met Mr Irons when I was in college many years ago in Texas and told him I was from Gary and he smiled and said “That’s My Hometown” He was very proud and it made me proud to be from Gary and a Roosevelt Panther. That made a lasting impact on my life that I will never forget. God’s love and peace to the family.
Eric Griggs
April 16, 2021
My Condolences go out to the Iron Family. Remembering Gerald as a Perfect Gentleman. May your hearts soon be filled with wonderful memories of joyful times together as you celebrate a life well lived.
Peggy Smith Harris
Classmate
April 16, 2021
I have such strong, meaningful memories with Mr. Irons going back to the early 80's when I was growing up and finding my way. I loved his encouraging talks he gave our football team, the great advice and insight he gave me on "career day" at McCullough high school which led me into the world of finance and wealth management, his thoughtful letter of recommendation when I started interviewing for my career position and seeing him jogging backwards down Woodlands Parkway! We all loved his attitude, his smile, how he stayed in such great shape and the continued positive, God loving message he spread throughout our blessed community. He is gone far too early but his characteristics and legacy are shared and continue with many in this community, along with his wonderful children and grandchildren. I pray for Mr. Irons and his family. Eternal rest grant unto him, O Lord, and let perpetual light shine upon him. May the souls of all of the faithful departed, through the mercy of God, rest in peace. Amen.
David C. Walkup
Friend
April 15, 2021
As the days and weeks pass, and as you return to life's routine, may you continue to feel comforted by the love and support of family and friends.
fred Waddell
Friend
April 15, 2021
To Myrna and Family
May God's Grace and Peace be with you and your family during this phase of your journey. Knowing how much Gerald meant to you and your family, my thoughts go out to you with deep sympathy and caring. I know words cannot take away your sense of loss, but here is hoping that you can find some comfort in knowing the memories you shared are forever. Annie Eddie-Headen Classmate
Annie Headen
Classmate
April 14, 2021 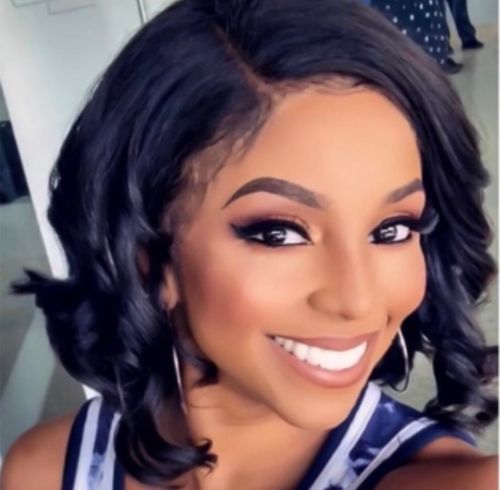 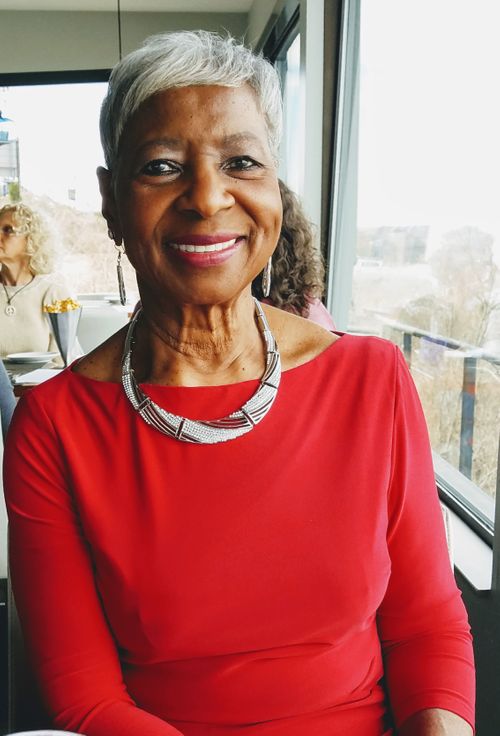 Gerald was a loving brother, husband, father, grandfather, uncle, cousin and in-law. But most importantly, Gerald was a
"MAN of FAITH " who never forgot his humble beginnings. His notoriety never changed his loving and caring personality. I miss him, but I KNOW he is with the Lord and our parents. He didn't win a super bowl ring...but he now has a CROWN IN HEAVEN and that trumps a superbowl ring ANYTIME!! What a legacy, what a MIGHTY MAN OF GOD! Rest in peace, Gerald..You have earned your CROWN!! FOREVER loving you, your big Sister.
Syrathia IRONS Thaxton
Sister
April 13, 2021
To the Irons family, please accept my sincere sympathy in the loss of your dear loved one. Gerald was a giant of a man in every respect and left a huge legacy of service and dedication to his family, The Woodlands Community, CISD and Montgomery County. His leadership and love for his fellowman will live on in the memory of all who had the privilege to share his friendship. Many blessings to his wonderful family
Don Buckalew
Friend
April 13, 2021
Dearest Myrna your husband was a wonderful friend from 25th Avenue. Always so kind and polite. I know you have exciting memories. Grief can be complicated .But a great memory is like a hug from above. He was a true hero for all times. Gerald will be missed as a Marvelous person.
Frencey Wilson
Classmate
April 13, 2021
To Myrna Irons and Family:
Please accept our heartfelt condolences to you and your family for the loss of your loved one. In times like these, hold steadfast to the Master's Hands and He will guide you through this spiritual turbulence knowing that weeping does endure for a little while, but JOY DOES and WILL COME in the morning. Keeping you and your family in our prayers. 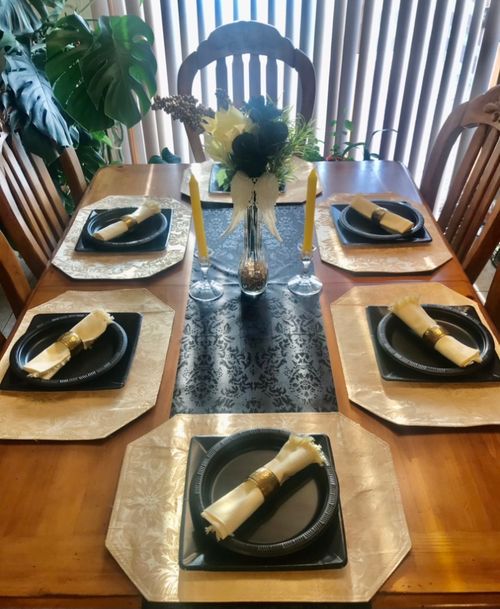 My Sincerest and Heartfelt Condolences to the Entire Family of Gerald! Our Hometown Hero!! Gerald Sr. was a Good Friend who never forgot!! And I will Always remember him as well. His passing really aches my heart, but I Know that he is Safe in the Arms of Jesus! And when he reached those Pearly Gates, I know all of his Loved Ones were there to welcome him. God Rest his Soul for a job Well Done!! And May God Bless and keep watch over his family!
Rita Brown Strickland
Rita Strickland
Friend
April 11, 2021
May the love of friends and family carry you through your grief.
Will Hargrove
April 11, 2021
May God bless you and your family in this time of sorrow.
scott
Friend
April 11, 2021
Showing 1 - 23 of 23 results