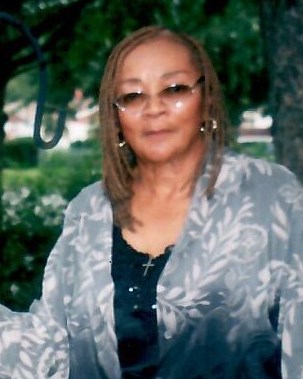 FUNERAL HOME
Guy & Allen Funeral Directors, Inc.
2959 West 11th Avenue
Gary, IN
Gloria W. Terry formerly known as Gloria Lynn age 92 passed away on Saturday, January 25, 2020. She was a graduate of Wendell Phillips High School in Chicago, Illinois. Gloria had many accomplishments organized a Senior Citizens Club, and the Gloria Lynn with her common sense WLNR 106 on your dial. She also had another show in Gary, Indiana at Cable Vision on Channel 21 in the Old Sears building. Gloria was a seamstress at Spiegel Department Store. She was preceded in death her husband Charles Terry; parents Leon Earles and Mary Z. Bell. Gloria is survived by her loving daughter that was by her side at the time of her death Erica Gloria Terry. Other daughters Gail Hayes, Margo Stewart.; grandchildren Gail Hayes, Eric Lewis, and Jamel Stewart; brother Gerald Earles, nephew Andre Earles, and cousin Renee Earles, special friend Michelle Harper, and a host of other relatives and friends. Memorial Service Saturday, February 1, 2020 at 11:00am Clark Road Baptist Church, 2835 Clark Road. Rev. Pharis Evans Jr, Officiating.

I enjoyed having Gloria call my show on local radio and am equally grateful having met Gloria and chatting with her at different times. She was truly an original, and she will be missed.
Larry Keilman
February 5, 2020
Rev.Anthony Protho
February 1, 2020
I remember Mrs. Terry TV show common sense a long time ago. Please accept my sincere condolences during this difficult time.
The Brown Family
January 29, 2020
I remember Mrs. Terry's TV Show, it inspired us to think & use our common sense to solve problems.
Carol Dunn
January 29, 2020
I HAD THE PLEASURE OF BRINGING YOUR MAIL TO YOU ALL THOSE YEARS AGO YOU WERE ALWAYS FRIENDLY AND GAVE ME SOME GOOD ADVICE HADN'T SEEN YOU IN QUITE A WHILE BUT NEVER FORGOT YOU PRAYERS AND LOVE TO THE FAMILY
TONI PRICE
January 29, 2020
Showing 1 - 6 of 6 results