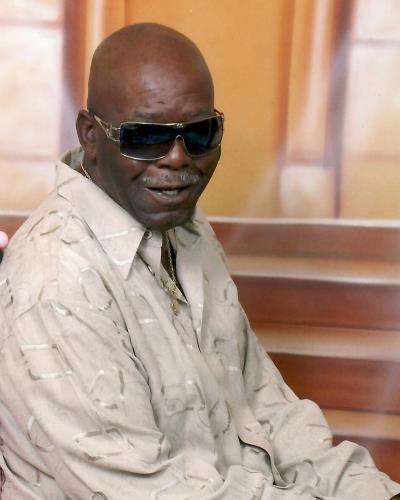 BORN
1943
DIED
2020
FUNERAL HOME
Guy & Allen Funeral Directors, Inc.
2959 West 11th Avenue
Gary, IN
Herbert Lee Jenkins was born April 15,1943 to the late James and Ola Mae Jenkins in Gary, Indiana. He was baptized at an early age at Galilee Baptist Church. Herbert attended Frobel High School. After graduating from high school, he entered the workforce by doing numerous jobs such as jewelry salesman, and cab driver before his employment at Youngstown Steel. When he would get laid off, he took on jobs as gas station attendant, to delivering pizzas, all before retiring in 2004 by then it was called Arcelor Mittal Steel. He was preceded in death by his parents, wife Helen Jenkins, sisters Beverly Lewis, Betty Louise Jenkins Hatten Jr., and brother James Jenkins Jr. He leaves to cherish his memory by his sons Rodney Jenkins (Tina), Richard Jenkins (Charlene), daughter Tramell (Anthony), sister Marlene Broyels, honorary son Fred Fenderson, 5 grandchildren, 6 great grandchildren, and a host of nieces, nephews, other relatives and friends. Visitation Friday, August 7, 2020 from 12 to 8:00 pm with funeral Services Saturday, August 8, 2020 at 11:00 am all services at the Guy & Allen Chapel, 2959 W. 11th Ave. Interment at Oak Hill Cemetery.

To plant trees in memory, please visit our Sympathy Store.
Published by Post-Tribune on Aug. 5, 2020.
MEMORIAL EVENTS
Aug
7
Visitation
12:00p.m. - 8:00p.m.
Guy & Allen Funeral Directors, Inc.
2959 West 11th Avenue, Gary, IN
Aug
8
Service
11:00a.m.
Guy & Allen Funeral Directors, Inc.
2959 West 11th Avenue, Gary, IN
Funeral services provided by:
Guy & Allen Funeral Directors, Inc.
MAKE A DONATION
MEMORIES & CONDOLENCES
9 Entries
RIH Cousin Herbert Lee❤ My Grandfather Sylvester Morgan was His Mother Ola Mae & Aunt Gussie Tabb Brother...
Yolanda Culver
Family
August 19, 2020
May God bless you and your family in this time of sorrow.
Valetta Wright
Friend
August 9, 2020
To the entire Jenkins family,
My condolence in the passing of your dear Dad. He had a life well lived! I will forever keep his memories alive in my heart. We remember him as "Cool Breeze" Nobody we knew could dress like him with matching outfits to match his custom cars! "Sharp as a tack!" I can still see and hear him laughing and joking with us at State Farm. He truly was one of a kind. I pray you will be comforted by his wonderful memories.
VERONICA Y SCOTT
Friend
August 8, 2020
To the Jenskins kids: Find peace in knowing that Mr. Jenskins is now with his "Heavenly" father. Remember, To be absent from the body is to be present with the Lord.
NeKesha R. Lockwood
Friend
August 7, 2020
I'm going to really miss my dad. As a kid you think that your parents are going to live forever. He's forever in my heart.
Tramell R Flowers
Daughter
August 7, 2020
There was never a dull moment,always jive and slick talking to match his colorful attire. You just never knew when to expect him or what to expect of him. I am going to miss the unexpected knock on my door and the laughter that followed.
Forever in my heart.
Thumbs Up!!!
Linda Moore- Garcia
Family
August 6, 2020
Chico was one in a million. He will be sorely missed.
Gladys Jenkins
Sister
August 6, 2020
We extend our sympathy and prayers to the Jenkins family. We love you all.
The Bridges Family
August 5, 2020
To the family and friends, my condolences on the passing of my good friend Herbert. He was my mentor at Youngstown Steel. R.I.P aka Dead Eye.
Ken Cross
Coworker
August 5, 2020
Showing 1 - 9 of 9 results