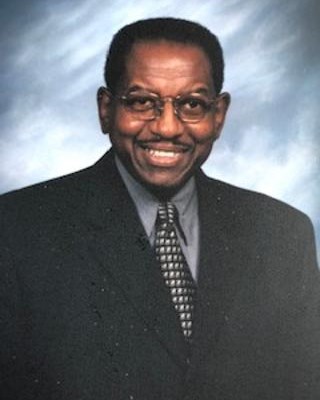 BORN
1934
DIED
2019
Herman Borders, age 85, passed away Thursday November 7, 2019. He was born October 15, 1934 in Meridian, MS to the late Herbert and Ada Mae Borders. He was preceded in death by his parents and his brothers Edward and William H. Borders. He was a graduate of TJ Harris HS in Meridian, MS in 1952. He served honorably in Air Force from 1955 – 1959. He received his Bachelor and Master of Science degrees from Tennessee State University in 1961 and 1962 respectively. After 54 years of service as a teacher, guidance counselor, and career/placement advisor at Drew Elementary, Horace Mann High School, and the Gary Area Career Center respectively, he retired in June 2014. He was a member of First Baptist Church of Gary, where he served as a deacon and a Sunday school teacher, for over 50 years. He leaves to mourn his passing his wife of 54 years Arnita Borders; children: Dr. Camille Borders, MD of Schererville, Jay Borders of Gary, Gary (Carolyn) Borders of Meridian, MS, and Dessa M. Borders of Baton Rouge, LA; aunts Helen Thomas of Meridian, MS and Lela B. Jordan of Cincinnati, OH; sisters-in-law Marie Borders of Jackson, MS, Patricia Borders of Gary, IN, Yvonne Perkins of Pasadena, CA, Carolyn Keeton of Las Vegas, NV, Jill Sudberry of Park Forest, IL; brother-in-law Allan Keeton, Sr of Gary, IN; brother in love Walter Collier of Cincinnati, OH; son in love Bill Laster of Gary, IN and a host of cousins, nieces, nephews, grandchildren, and great grandchildren. All services will be held Thursday, November 14, 2019 at First Baptist Church, 626 W 21st Avenue, Gary, IN. Visitation 9:00 – 11:00 am (family hour 10:00 – 11:00 am) with funeral services to follow at 11:00 am. Pastor Dr. Timothy Brown officiating. Interment at Evergreen Memorial Park.

Published by Post-Tribune from Nov. 12 to Nov. 13, 2019.
To plant trees in memory, please visit the Sympathy Store.
MEMORIAL EVENTS
Nov
14
Visitation
9:00a.m. - 11:00a.m.
First Baptist Church
626 W 21st Avenue, Gary, IN
Nov
14
Funeral service
11:00a.m.
First Baptist Church
626 W 21st Avenue, Gary, IN
MAKE A DONATION
MEMORIES & CONDOLENCES
28 Entries
Mr Borders was. A. GREAT man he. A. Respectfully. Person to talk too and be. A. Round all of the. Time. I will. Never forget his laughs and smiles he will. Be. Dearly missed by all who known him. Mr. Larry R Ellison, ll
Larry. R. ELLISON, II
Friend
June 22, 2021
So sorry to hear of Mr Borders passing. Your loss is my loss. Sincerely Erica Sparks, Alicia Allen, and Autumn Virginia
November 24, 2019
My sincere condolence to the family of Herman Borders. He will be missed by so many. Mr. Borders was very gracious to me and my children and wasn't shy about spreading his fondness toward my daughters, and son. Rest in Heaven Mr. Borders.
Dorice Cusic
November 16, 2019
Condolences to the Borders family. Mr Borders had a significant impact on my life. He gave me a job at the career center through his summer program. I have carried the lessons learned from those summer to this day. Thank you
Keith Dix
November 15, 2019
I'm sorry to hear of the passing of your loved one. I had the pleasure of knowing and working with him at the Gary Area Career Center for over 20 years. Although his leaving leaves a void in your lives trust that God in his infinite wisdom knows and love you.
Mrs Beverly Guider coworker and friend
November 14, 2019
I'm deeply sorry about the loss of Mr. Borders. It was a privilege to have worked with him at the Gary Area Career Center. I'll never forget his wonderful sense of humor and his very distinguished disposition. He will truly be missed. My sincere condolences to his family and friends. May you rely upon the God of all comfort to sustain you during your grief.
Miquell
Coworker
November 14, 2019
Mr Borders was an awesome influence in my life as a student at Horacemann70 and fellow member of First Baptist. Praying your strength at this difficult time....
William Jordan
November 14, 2019
BROTHER BORDERS WAS THE MOST KIND AND CONSIDERATE PERSONATILY I HAVE KNOWN. HE IS ONE OF A KIND. MAY GOD BLESS AND KEEP MY SISTER AND CAMILLE AND JAY MY NEICE AND NEPHEW. GOD HAS AN ANGEL THAT HE CAN TRUELY RELY ON. ,
ALLAN KEETON FAMILY
November 13, 2019
ALLAN KEETON KEETON FAMILY
November 13, 2019
I just wanted to offer prayers and condolences to the Borders, Sudberry, and the entire family of Mr. Borders.

I've known Mr. Borders for years per growing up in and being a member of First Baptist Church where he was highly involved especially being the a deacon, scholarship chair, etc. Some of my memoirs of Mr. Borders were that whenever he had an announcement during service, he always opened up with a joke whether it was funny...or somewhat lame :) . Also I recall Mr. Borders and his wife always entertaining themselves whenever they would visit my previous job of Majestic Star Casinos & Hotel.

Mr. Borders was good people and will truly be missed by those who knew him, especially within the FBC family.
ryan rogers
November 13, 2019
May the Lord give you His strength and His peace. He is faithful to sustain you at this time.
Alfred and Shelley Fisher
November 13, 2019
My sympathy to the Borders family

Nathaniel & Phyllis Nichols
nathaniel nichols
November 13, 2019
My sincere prayers and condolences to the Borders family in the passing of Herman
Ted Brown
November 13, 2019
To the family of Borders. Please accept my condolenses for your loss. May you can find comfort in God's promise recorded at John 6:44
P. M.
November 12, 2019
To: Mrs.Borders and family I send my heart felt condolence.
Mr.Borders was a fair man and one of the best bosses I ever had.
He will be missed. Rest in peace.


Ms.Blake
November 12, 2019
Mr. Borders was a man of integrity, standards, and professionalism. 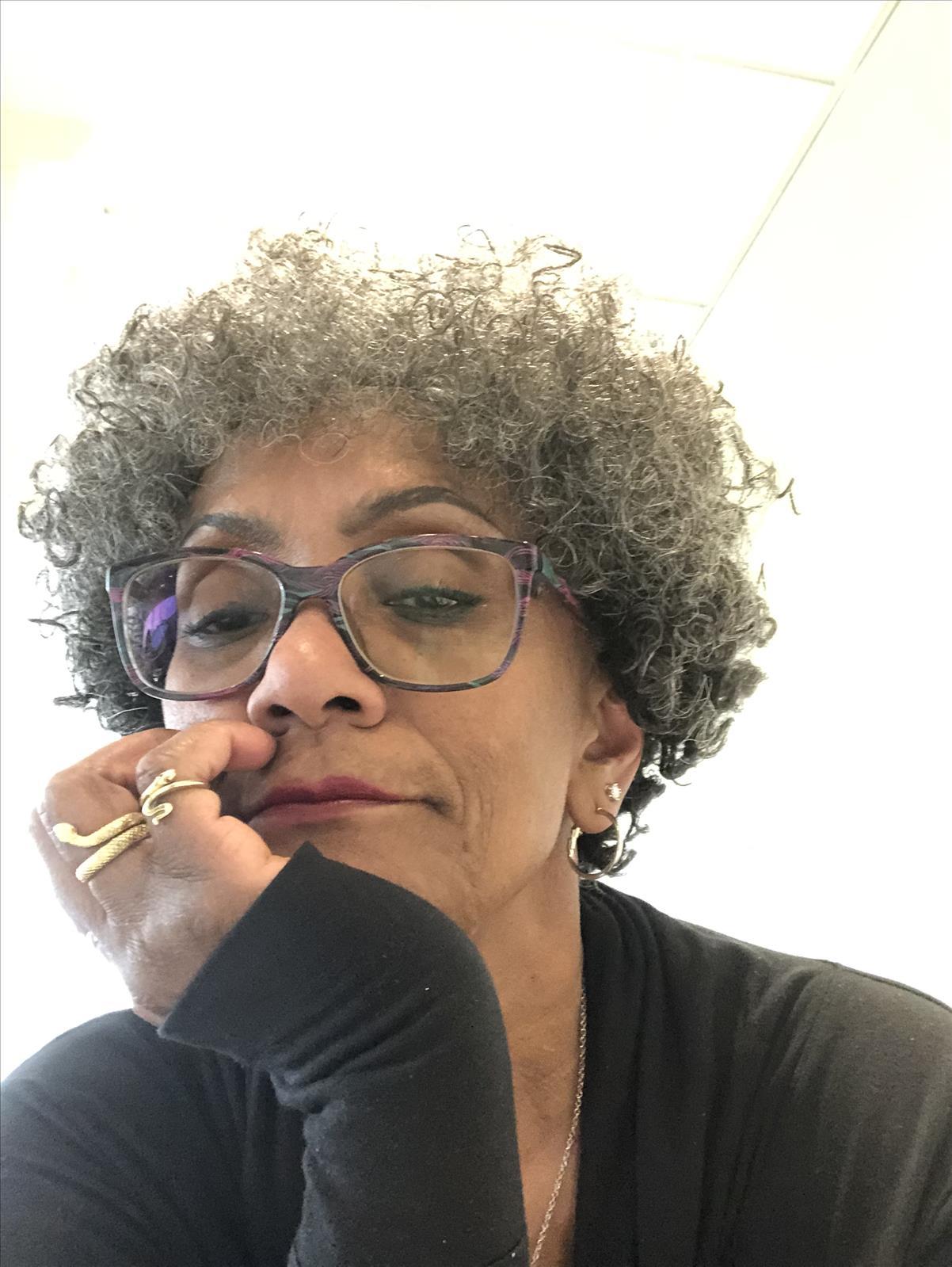 My sincere condolences to the family, friends, students and coworkers of Mr.Herman Borders. He was a man among men who would always demand that male students at the Career Center would acknowledge and give respect to females while in his presence. As one of the first original students of the Career Center when asked to come back to speak and encourage future entrepreneurs it was always a joy to see and talk with such an outstanding human being as Mr. Borders. He was one who not only demanded respect for himself but for others as well. He will be missed, but may his legacy be passed on and live in future generations to come. May you rest in peace Mr.Borders you have earned it!
Cassandra Herriford
November 12, 2019
Mrs Borders & family,

Mr Borders is at peace. Think of the good times
and smile. For comfort read Ecclesiastes 3:1-15,17,19,20,22. I was a patrol boy "under" Mr Borders in 64 & 65 before I left Drew School. My phone crashed and I lost my contacts is why I haven't called Mr Borders lately. When you're up to it, give me a call please. May The Most High God bring you peace during this time.
Michael & Ermalene Gault Sr
November 12, 2019
Willie Cook
November 12, 2019
Arnita, my deepest condolences to you & your family in the loss of your love one. May the Lord continue to bless each of you in Jesus name amen.
Shirley Warrington
November 12, 2019
To the family of Mr. Borders,Prayers and condolences to you all. Mr. Borders was one of the people that always believed in me when I was in school going the the Career Center. I would always go see him when ever I would come back home. He was a beacon to all that knew him. As I would tell him every time I saw him. Thank you for being in my life as my school father.
Loving and respecting you always Ronald M. Brown, Health Occupations class of 78
November 12, 2019 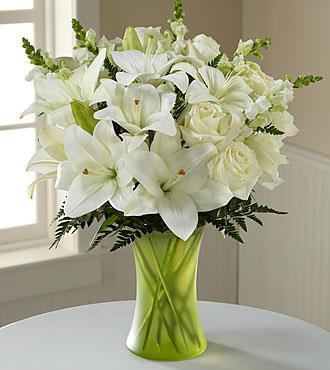 a loved one
November 12, 2019
To Arnita Borders and Family:
Please accept our heartfelt condolences to you and your family for the loss of your loved one. In times like these, hold steadfast to the Master's Hands and He will guide you through this spiritual turbulence knowing that weeping does endure for a little while, but JOY DOES and WILL COME in the morning. Keeping you and your family in our prayers
Aurelia & Gregory Weaver
November 12, 2019
To Arnita and Family:

I am deeply saddened to hear of your loss. Deacon Borders will be remembered for his kindness and sense of humor.

May God bless you as only He can during this difficult period.

Peace be with you!
Gibbs Gale
November 12, 2019
Mr.Borders was a great man and an outstanding teacher. He was my first boss at the age of 14 and his teachings have stayed with me to this day 20 years later. May God give his family strength through their time of bereavement.
Brittney Ervin
November 12, 2019
Mr. Borders will truly be missed. I appreciate the memories and the kind -tough love he gave us at the Gary Area Career Center, He Cared and for that I will forever be Grateful. Rest on Mr. Borders ... you've Earned your Wings!
KeAnna Williams
November 12, 2019
Mr. B will definitely be
missed, his smile and his warmth. May he rest in peace. God bless the Borders family.
Min. Carl Gary IHS
November 12, 2019 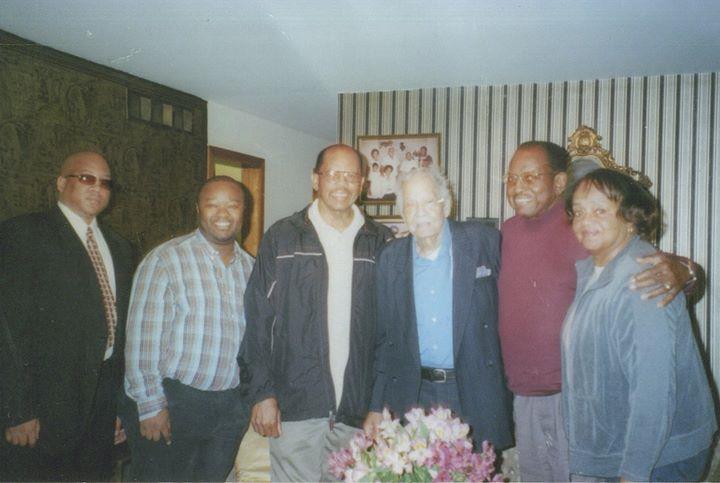 Cousin Herman will be greatly missed. It was a pleasure spending time with him and listening to him reminisce about his childhood in Meridian along with his memories of my grandfather; his cousin. I am glad to have had the opportunity to meet him and the family. I love you all and you are in my constant prayers. Love cousin Willie Wilson
Willie Wilson
November 11, 2019
Showing 1 - 28 of 28 results