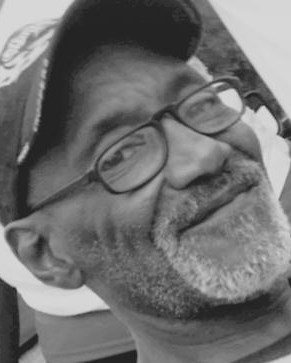 BORN
1954
DIED
2019
ABOUT
Theodore Roosevelt High School
FUNERAL HOME
Guy & Allen Funeral Directors, Inc.
2959 West 11th Avenue
Gary, IN
was born February 9, 1954 to the union of the late Stance and Rosia Mae Williams in Gary, Indiana. On Saturday, December 21, 2019 Jackie made his transition at 2:20 a.m. while holding the hand of his oldest sister. Jackie accepted Christ at an early age and grew up at New Mount Moriah Missionary Baptist Church. He attended Roosevelt High School and enlisted in the United State Naval where he received an honorable discharged. He was a master craftsman and dubbed the Jack of all trades. He had the uncanning ability and excellent knowledge in rebuilding cars, repairing and restoring motorcycles and trucks. He could figure out anything he put his mind to, and repair appliances most people had given up on. He worked at U.S. Steel and drove truck for various trucking companies. He was a member of the Cobra Motorcycle Club. One grandson: Cameron Windborn; Four brothers, Robert, Tommie, Bradley, and Odell; one sister, Loretta Mitchell; three nephews: Kishwaa Williams; Dennis Williams, and Vance Poole, Sr. maternal grandmother, Mary Patton; all preceded him in death. He leaves to cherish his memory, five daughters: Katrina Windborn; Janae Kelly, Jarmecka Kelly, Denise McFerson, Demetrouis Small; one son: Deonta McFerson. Four sisters: Servant Vera Johnson, Rosemary (Colonise Wilkins) Williams of Gary, Indiana; Ledora Williams of Chicago, Illinois; Elvertice (Randy) Dunbar of Greensboro, North Carolina; Godmother Emma Lee Tillman; Special Friend Rosie M. Williams and a host of nieces, nephews, cousins and friends. Visitation Saturday December 28, 2019 from 12-2:00p.m. with funeral services at 2:00p.m. All services at Love Feast C.O.G.I.C. 2456 Chase Street. Rev. Clarence Harris officiating. May your hearts soon be filled with wonderful memories of joyful times together as you celebrate a life well lived.
Tyrone Amos
Friend
December 28, 2019
TO my brother in law JACKIE WILLIAMS i have great memories of you!
Wearing your red cap, working on cars in my garage, you riding
Your motorcycle. RIP JACKIE
The WILLIAMS FAMILY:
CHERISH all the BEAUTIFUL MEMORIES you have of JACkIE!
KEEP THEM ClOSED TO YOUR HEART WILL give PEACE and big SMILE. Knowing that he's in HEAVEN with GOD and his FAMILY.
Sending my prayers and condolences.
MAROLYN ARNESHA WILLIAMS
REN and LAQUITA HAMPTON
JOHN and CAROLYN BURT
DONALD and MAMMIE WHITE
ELLNER WHITE
JEANETTE PERRY
Marolyn Williams
December 28, 2019
We were shocked and saddened to learn of the passing of Jackie. We are praying that God give you the strength to make it through this very difficult time. May God bless and keep all I love each and everyone of you all.
Emma Lee Tillman
December 27, 2019
Chandler Sharon
December 27, 2019
I am still in shock about your leaving. I will miss you always. Our circle is getting smaller and smaller.
Elvertice Dunbar
December 27, 2019
My condolences to the family of Jackie Williams you were a good friend to have known you will be missed God Bless you all
The KING Family
December 26, 2019
May God bless the Williams family.
Terrance Tate
December 26, 2019
Showing 1 - 10 of 10 results