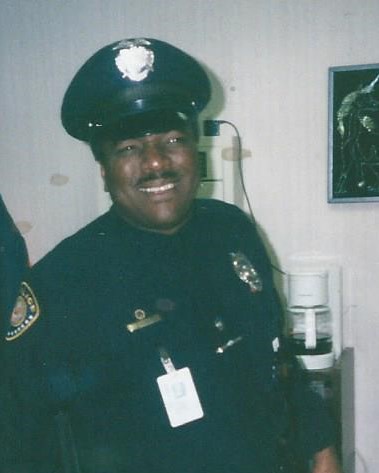 BORN
1949
DIED
2019
FUNERAL HOME
Guy & Allen Funeral Directors, Inc.
2959 West 11th Avenue
Gary, IN
age 70, of Gary, passed away Saturday May 4, 2019 at his home with his loving wife Donna by his side. James was born 'April 14, 1949 in Lexington, Mississippi to Lawrence and Daisy Sanders-Redmond. He was the oldest of five children. He graduated from Tilden High School in Chicago, IL and joined the U. S. Army on September 22, 1967. He served in Vietnam from June 20, 1968 to June 17, 1969. He was honorably discharged on September 21, 1975. He was employed with the Department of Veteran Affairs as a Police officer from 1982 and retired in 2002 with 20 years of service. He confessed Christ at an early age. He married Donna Marie Thomas on December 7, 2004. James loved cooking, fishing and traveling. James had a kind and giving heart, if you needed him, he was there and had a smile and an infectious laugh that lasted even when his health had started to fail. When God called him home at 6:30a.m. The smile was on his face. James was a leader and good at given direction and orders how things should be. He was affectionately known as "Chief" by his caregivers. James is preceded in death by his parents Lawrence & Daisy, Brother Johnnie Sanders, Sister Patricia Sanders. He leaves to cherish his memory his loving and devoted wife Donna; Sisters Gloria Jean Sanders, Bridget (Tony) Vann both of Chicago, IL; Brother-in-law Edmond S. (Cheryl) Thomas of Gary, IN and a host of aunts, uncles, nieces, nephews and other relatives; Special mention to his loving and devoted Caregivers: Edmond Thomas, Cheryl & Liz Over, Carolyn Jones, Doris Clark, Barbara Anderson, Cheryl Banks and Josephine Holmes who cared for him until his death, we will be forever grateful to them for their dedication to him. Home Crusaders for providing a nurse (Dejuan) who cared for him. Active Day for the Adult Day Service he was enrolled in and Harbor Light Hospice Services Team for the end of Life Care to my husband and emotional support for me. Visitation Wednesday May 8, 2019 from 12 -8:00p.m. at the Guy & Allen Chapel. Funeral Service Thursday May 9, 2019 at 10:00a.m. at Carter Memorial C.M.E. Church 635 East 49th Avenue. Interment Abraham Lincoln National Cemetery, Elwood, Illinois.

To plant trees in memory, please visit our Sympathy Store.
Published by Post-Tribune from May 7 to May 9, 2019.
MEMORIAL EVENTS
May
8
Visitation
12:00p.m. - 8:00p.m.
Guy & Allen Funeral Directors, Inc.
2959 West 11th Avenue, Gary, IN
May
9
Funeral service
10:00a.m.
Carter Memorial C.M.E. Church
635 East 49th Avenue, IN
Funeral services provided by:
Guy & Allen Funeral Directors, Inc.
MAKE A DONATION
MEMORIES & CONDOLENCES
6 Entries
With sorrow and sadness I send my condolences to the family of James Sanders. I knew James during my childhood in Gary, Indiana.
Carl Protho
November 6, 2019
Carl Protho
November 6, 2019
Sleeping may endure for a night but oh sweet sweet joy cometh in the morning. Donna find joy in knowing you did all you could for your late husband you provided the best care possible you were there to the end now find comfort in knowing that you will see that sharing smile he portrayed when we all meet again on the other side may God keep and continue to Bless you and your entire family as he surrounds you in His grace.
Herbert Quigley
May 9, 2019
RIH
Marilyn Seeger
May 8, 2019
Donna,

My sincere condolences to you and your family on the passing of your husband.

Velt '81
May 8, 2019
Donna my sincere condolences to you and James family.
He was a very special person. I can almost hear his laugh when I look at his picture. I will always remember his smiling face and how safe I always felt when we worked together at the VA. I will keep you in my prayers.
Mary King
May 7, 2019
Showing 1 - 6 of 6 results