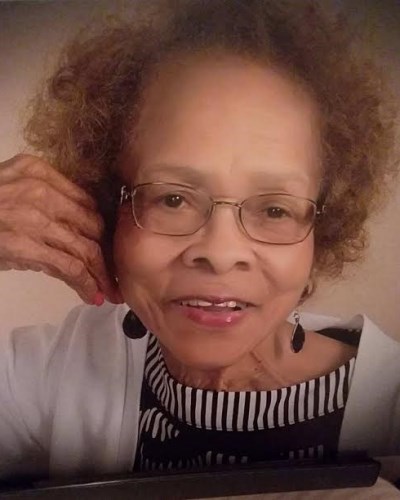 Published by Post-Tribune on Feb. 7, 2021.
To plant trees in memory, please visit the Sympathy Store.
MEMORIAL EVENTS
Feb
13
Visitation
9:00a.m. - 11:00a.m.
Jerusalem MB Church
1741 Fillmore St, Gary, IN
Feb
13
Funeral service
11:00a.m.
Jerusalem MB Church
IN
MAKE A DONATION
MEMORIES & CONDOLENCES
16 Entries
Brenda I'm so sorry for the lost of your mother she was a beautiful person and will be missed momma was my candy partner
Rose. Wheeler
Friend
February 14, 2021
To Brenda, Gloria and Michael my heart is very sadden of the passing of your mother.
She was a beautiful sweet person and good friend. She was always there for me. I will miss her very much. RIP Janie.

Gladys Joy Peterson
Friend
February 13, 2021
To Brenda Michael and Gloria I would like to extend my heartfelt sympathy and condolences to this family who I considered my family I love Aunt Jamie and Aunt viola may God give you all strength and see you through this sad occasion.
Barbara Smith
Family
February 12, 2021
So sorry for the lost of your family's Matriach. You & your family will be in my prayers! Lots of
Sandra A. McKinnie
February 12, 2021
Grief can be so hard, but our special memories help us cope. Remembering you and your loved one today and always.
Derrick
Grandchild
February 12, 2021
To Gloria and her family.
You have my deepest sympathy and I pray that the Lord give you strength to continue on. Peace be with you.
Debbra Gilbert-Shelton
Classmate
February 9, 2021
Gloria, Michael, Brenda
I am so sorry to hear of Mrs. Browder's passing. She was a good friend and neighbor to my parents and me. You are in my prayers that God's peace, strength and comfort will be your portion. Sending you my love.
Min. Debrah Smith Daniel
Neighbor
February 8, 2021
To Michael Browder, Brenda, and Gloria,
Please accept my heart felt condolences on the passing of your mom. My god spread loving wings around your entire family, it’s difficult now, but the sweet memories you hold dear to your heart will live on forever.
Praying for the family
Brenda Booyer
Friend
February 8, 2021
I extend my deepest sympathies to you Brenda Gloria and Michael. Words cannot begin to explain or express the heartfelt sorrow that I feel for the loss of your mother.

I will alway remember her as Helen Collins Smith oldest and loyal friend. Aunt Janie was a phenomenal women. She was bold, fierce and unapologetic.
Manervie Smith Thomas
Manervie Smith Thomas
February 7, 2021
To Gloria Person and Family:
Please accept our heartfelt condolences to you and your family for the loss of your loved one. In times like these, hold steadfast to the Master's Hands and He will guide you through this spiritual turbulence knowing that weeping does endure for a little while, but JOY DOES and WILL COME in the morning. Keeping you and your family in our prayers.