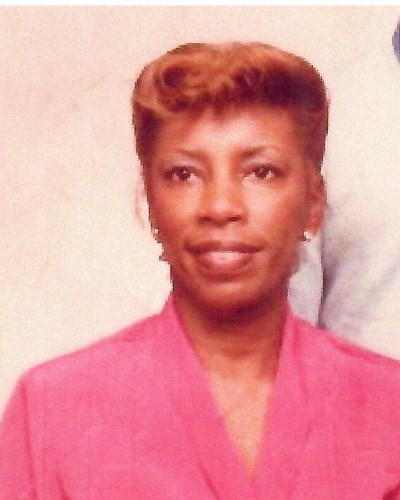 BORN
1951
DIED
2019
FUNERAL HOME
Guy & Allen Funeral Directors, Inc.
2959 West 11th Avenue
Gary, IN
Jessie B. Powell passed away on Friday, November 29, 2019. She was born on October 13, 1951 in Lake Providence, Louisiana to Bernice and Stewart Foley Jr., who preceded her in death. Jessie graduated from Roosevelt High School in 1969. Jessie worked for nearly 50 of her 68 years of life and was employed with Lake County Jail as a correction officer for 20 years. Additionally, she served the Salvation Army with 20 plus years, Pullman Standard and a few other Indiana employers collectively for more than 30 years. She was saved and baptized at an early age as a member of St. James Baptist Church. She leaves to mourn her passing her loving husband and best friend of 18 years, Coulter Powell; children Anthony Manson and LaDonna (Burrell) Wheaton of Gary and Lester Phillip White Jr. of Clarksville, TN; 15 grandchildren; 17 great-grandchildren; siblings Ivory (Ken) Proctor, Willa Brown, Sally Franklin, Ethel Hardin, Eunice Foley and Tameka Foley all of Gary, IN., Will (Annie) Jackson of Indianapolis, IN, Delores (Michael) Daniels of New York, Janet (Dan) Thompson of Bloomington, IN, Stewart Foley II of Florida, Mack Foley and Jackee Foley both of Texas, Adrian Harvey of Missouri , Avis Foley of Georgia, Avon (Bryan) Graves of North Carolina; aunts Ethel Mae Foley of Louisiana and Ernestine Gatlin of Gary, IN; best friends for more than 40 years Bernice (Dennis) Hall and Diana Ewing and many other close friends, relatives and coworkers. Celebration of Life Service Saturday, December 14, 2019 from 2:00pm – 6:00pm at McBride Hall 1301 Texas Street , Gary, IN

You were one of Gods perfect Angels sent from Heaven above.

So kind and sweet, always smiling, greeting everyone you met with love.

May the winds of Heaven blow softly and whisper in your ear, How much we love and miss you, always wishing that you were still here.

A Virtuous Woman Of God full of love and grace, such a beautiful smile upon your face. Someone I love has gone away and life will never be the same, now all I have are memories and your pictures in a frame.

Your memory is our keepsake with which well never part, God has you in His keeping, but we have you in our hearts.

Your assignment from God is now complete.

Every conversation we had on the phone I could hear your faith, hope and joy.

I witnessed how you remain strong and your legacy will live forever on.

Those we love dont go away, they walk beside us everyday, Unseen, unheard, but always near, so loved, so missed, so very dear.

An amazing woman, you remained Strong, until God called you back where you belong. Now youre In Glory, Resting in The Arms Of Jesus! While the angels dance around the Throne. Cheering, shouting and singing as they welcome you back home.

Your loving Sister in- Love,

Evangelist Valerie Maclin-Bynum
Family
December 16, 2019
❤
MeeMee Smith
December 15, 2019
Jessie, I just simply loved you. You came into my brother's life and just changed it for the better. In you he found a beautiful wife that loved the Lord and wanted to share your faith with him. God saw and he blessed your union. You two became soulmates. Rest now Jessie, for you are safely home in the arms of the Lord. You will be missed.

Laura
December 15, 2019
Jessie was a wonderful person. Aunt Jessie is what she was to me. You will be missed.


Timia & Family
Timia Shelton
December 14, 2019
I'm sorry for your loss.
Phyllis Thomad
December 12, 2019
Willa Mae I'm sorry for your loss. I keep your family lifted up in prayer. Law.
Phyllis Thomas
December 12, 2019
Mrs Powell you will be truly missed you were one of the best officers I ever encountered at Lake County Jail...May you rest eazy
Dana Stevens
December 12, 2019
I'M GLAD THAT YOU ALLOWED ME TO BECOME YOUR FRIEND. WE SHARED A LOT OF GREAT MEMORIES AT L.C. J.
I WILL NOT SAY GOOD-BYE, I WILL JUST SAY, I'LL SEE LATER.
JOANN HURT
Friend
December 11, 2019
YOU ARE ONE OF A KIND, AND A FRIEND FOREVER. I WILL ALWAYS THINK ABOUT THE GOOD TIMES WE HAD AT LCJ. INSTEAD OF SAYING GOOD-BYE, I WILL SEE YOU LATER.

JOANN COLE-HURT
December 11, 2019
You are one of a kind. Your friendship will forever be with me, along with the good times we shared at LCJ. I won't say good-bye, I will say I"ll see you later.

Your aunt's at peace. Think of the good times and smile. For comfort read Ecclesiastes 3:1-15,17,19,20,22. May The Creator bring you peace during this time.
Michael & Ermalene Gault Sr
December 11, 2019
My prayers and condolences to you and your family Ladonna
Veronica Broyles
December 10, 2019
I miss my number 1 Angel already.
Lester White
December 7, 2019
To Ethel & Ivory and the entire family: So sorry to hear of the loss of your sister. Remember earth hath no sorry that heaven can not heal. Praying for you all,
Deborah Randolph
December 6, 2019
Showing 1 - 16 of 16 results