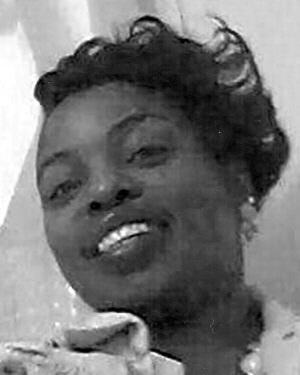 May all prayers up lift you during this time. I meet Kennette some years ago and after talking with her for awhile, I could tell that she was a special child. Her smile was of gold. I will keeep this family in my prayers. Connie Horton
December 9, 2014 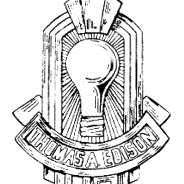 On behalf of the Gary Edison Alumni Community, I extend our sincere condolences.

May her soul, through the mercy of God, rest in peace.

Anthony G. (Tony) Dunn
Gary Edison Class of 1968
Anthony G. (Tony) Dunn
December 9, 2014
Really gonna miss u netta!!!! R.I.h baby girl...
Teuwuna Russell
December 8, 2014
Sorry for your loss.her presence will be missed.love your little sister laShawn R. STEELE AND FAMILY.
Ramonda Steele
December 7, 2014
To the family, my condolences.
Sharon Hopkins Chandler
December 7, 2014
Praying for the family! Love you All! To God Be The Glory!
LeToya Carter
December 6, 2014
To live in hearts we leave behind isn't to die because those we love don't go away, they walk beside us everyday unseen and unheard but always near. We hope your memories of your daughter soften your grief.

Joshua Family
December 6, 2014
R.I.P NETTA
Stefanie Gill
December 6, 2014
Esther Wright
December 6, 2014
May you R.I.P NETTA BOH YOU ARE TRULY GONNA BE MISSED I AM SO SORRY FOR YALL LOST FAMILY AND FRIENDS BUT SHE WAS A GREAT PERSON AND SHE IS IN A BETTER PLACE KNOW SHE IS WATCHING OVER YALL AND FOR HER BABIES I PRAY FOR YALL EVERYDAY I CANT IMAGE HOW YALL FILL BUT KEEP YOUR HEADS UP SHE IS WATCHING YALL KNOW..FROM THE TRIMBLE FAMILY AND STEFANIE GILL-TRIMBLE
Stefanie Gill
December 6, 2014
REST E*Z NETTA U R TRULY MISSED
Mia Maxey
December 6, 2014
Sorry for the lost of a beautiful sweet angel netta was a good friend to me gave me advice and it was real I'm to sad that she's gone rest easy angel netta
Siobhan Williams
December 6, 2014
May you continue to rest in the most beautiful peace. Deepest sympathy from The Western family.
Traci Western
December 6, 2014
LOVE U SIS SORRY WE NEVER GOT A CHANCE TO MET U ONLY HELD ME ONE TIME I WAS A LITTLE BABY R.I.H LOVE U YOUR LITTLE SIS T'KAI BENSON????????????
T'KAIB BENSON
December 6, 2014
My Thoughts and Prayers Are with her family
December 5, 2014
NOW THAT YOUR FAR AWAY I CAN SEE EVERYTHING SO CLEAR. NOW THAT YOUR REALLY GONE I CAN FEEL YOU LIKE YOUR STANDING HERE.AND IF I HAD ANOTHER CHANCE TO SAY GOODBYE.I WOULD JUST SAY THANKYOU FOR THE TIME WE SPENT CAUSE NO SUCH WORD AS GOODBYE. LOVE YOU FOREVER!
Demetria Lyles
December 5, 2014
To the family of Netta, Sorry for your loss! Our heart 's goes out to your family! May god be with you all at this time! R.I.P Netta ??????
Blue & Colia Walker
December 5, 2014
R.I.H SWEETIE.
Cassandra Harris
December 5, 2014
T'kai Benson
T'kai Benson
December 5, 2014
Ellena and family, in your time of sorrow my thoughts and prayers are with you. Love You
Belinda Allen
December 5, 2014
May the Lord comfort you in the day of your distress, and may he walk with you in deep shadow, may he lead you to well-watered resting places, may he lead you in the path of righteousness for his own name sake, and may he refresh your head with oil as you dwell in the house of the Lord all of your days.
Brandon Brown
December 5, 2014
We love you and are praying for you. Earth has no sorrow heaven can't heal we love you Eileen and all of our family. Take care of yourselves and Aunt Vi love you Brenda and Aunt Katie.
Brenda Ramsey
December 5, 2014
ELLENA, THE MITCHELL FAMILY IS PRAYING FOR YOU AND YOUR FAMILY IN THIS, YOUR HOUR OF BEREAVMENT.
lOVE,