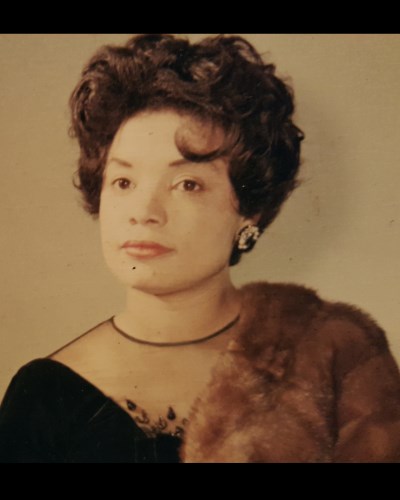 FUNERAL HOME
Guy & Allen Funeral Directors, Inc.
2959 West 11th Avenue
Gary, IN
Murcie Poplar Lavender passed on Thursday, August 17, 2017. She was born in Gary, Indiana to the late Roosevelt and Murcie Poplar. She was a graduate from Roosevelt High School and received a degree in Art from Indiana University. She taught art in the Gary Community School System. Murcie was a nationally known artist; inducted into the Northwest Indiana Women's Museum, enshrined in the Steel City Hall of Fame, received many awards and trophies, founded the Gary Art Institute in 1963 and later Children's Art Institute at Indiana University Northwest campus. Murcie was preceded in death by her parents, husband Jack, brothers Roosevelt Jr. and Noah, sister Demetris. She leaves to cherish her memories brother Melvin (Cheryl) Poplar Sr. of Lansing, MI sister Venetia Brown of Gary, IN, eight nephews, ten nieces and a host of other relatives and friends Visitation Saturday August 26, 2017 from 9:00a.m.-10:00a.m. with funeral services to follow at 10:00a.m. all services at the Guy & Allen Chapel 2959 West 11th Avenue. Interment Oak Hill Cemetery.

Published by Post-Tribune on Aug. 23, 2017.
To plant trees in memory, please visit our Sympathy Store.
MEMORIAL EVENTS
Aug
26
Visitation
9:00a.m. - 10:00a.m.
Guy & Allen Funeral Directors, Inc.
2959 West 11th Avenue, Gary, IN
Aug
26
Funeral service
10:00a.m.
Guy & Allen Funeral Directors, Inc.
2959 West 11th Avenue, Gary, IN
Funeral services provided by:
Guy & Allen Funeral Directors, Inc.
MAKE A DONATION
MEMORIES & CONDOLENCES
6 Entries
An amazing teacher and dear friend of my departed aunt, Ethel Hutchins. She was always kind to our family and willing to share her talent in creating spectacular bulletin board murals for First Baptist Church. She is now at rest and joining those she loved and missed. My heart goes out to you Melvin and your family. I am sure our Tolleston class sends their condolences. God bless you and your family.
Deborah (Lyles) Anderson and Mrs. Betty Lyles, Milton Hutchens and Robert Hutchins.
Deborah Anderson
August 25, 2017
My Dear Family, Peace be with you. May God's hope filled promises bring you comfort and peace to your heart (John 14:27). God's gift of time to us is a wonder to us from a Timeless God. We all need time to grieve, time for reflections and memories. Rejoice in the time you shared and in the memories. I remembered my Mom (Mary Jane Segrest Summers) fondly talking about her cousin Murcie Lee.
Janet Liddell
August 24, 2017
May the peace of God our Father surround you all in your moment of beareavement. Ms. Lavender was a wonderful neighbor to me. I will always remember her genuine warmth and gentle spirit. The beauty of her exterior matched the beauty of her interior.May she rest in the bosom of the Lord.
Min. Gary
August 24, 2017
In loving memory of a beautiful spirit. May these memories of Murcie provide comfort and give you strength in the days ahead.
Luelle Todd
Friend
August 23, 2017
My deepest sympathies for your loss, May the God of all comfort bring your family peace . Romans 12:12
August 23, 2017
To the family , So sorry for your lost. Romans 12:12
August 23, 2017
Showing 1 - 6 of 6 results