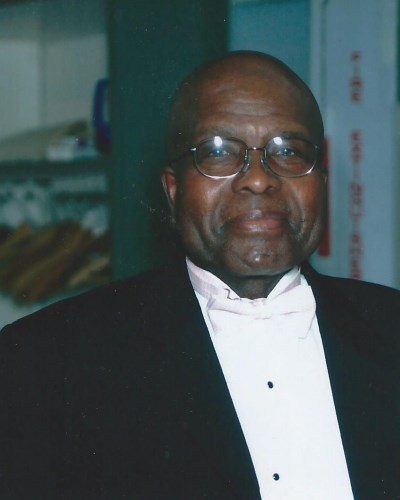 It was a pleasure and honor working with him!!!
Mark DeMateo
March 23, 2020
My heartfelt sympathies go out to the Family of Richard Simon. So sad to hear of his passing. GOD REST HIS SOUL, A TRUE ANGEL.
Shannon(PayLow Family)
April 1, 2017
My deepest condolences to the family. You are in my prayers and may God strengthen you and give you peace now and in the days to come.
Alyson Norman Morrissette
March 31, 2017
I will keep the Simon family my prayers I worked with Mr Richard at Paylow on 61st until they closed.I will miss him rip Richard until we meet again.
Penny Edwards
March 31, 2017
Mr. Richard was a great man and mentor I got hired the same day at paylow and I never had a dull moment with him and a soak in all wisdom I could from him he will be miss and I salute him for all the great times we had
Jorrell Campbell
March 31, 2017
I am sorry to hear of Richards passing. I had the pleasure of working with him at Wiseway foods.Richard was a respectable man and a pleasant man.may god be with his family. His family did not lose a father,husband,brother they gained an angel.
Richard lebron
March 31, 2017
RIP brother until we meet again
Allen Burroughs
March 31, 2017
I worked with Mr. Simon on the board of Brother's Keeper for a decade. He was a dedicated compassionate man to the cause of the homeless. I have fond memories of working with him and the staff at Brother's Keeper. God's Blessings on the family and friends. He will surely be missed but he is singing praises to God!!!
Mark DeMateo
March 30, 2017
I will remember the smile and the caring you had for people. God love on this family like only you can.
Cheryl Downs
March 30, 2017
Barbara, Kim, Robin, Chris and Stevie, my deepest condolences to you during this time of transition. Deacon Simon was a unique individual who was the same every time you saw him. Pleasant and encouraging. Soror/daughter Kim, he will live on through that smile you inherited from him.
Marilyn Caruthers
March 29, 2017
My condolences to all of the family and friends. May God be a continues strength and comfort to all.