Our condolences to you and your family. You have our deepest sympathy. May God continue to strengthen you during this difficult time of sorrow. Remember all the good times you shared with your father. God bless you and your family. Sisters of Preston Dunham, Grace, Gerri, Betty, Mae, Dorothy , Lucy
Dorothy Grier
Friend
September 19, 2020
To Lisa and family,

It is with a heavy heart that I extend my sympathy to you in the passing of your father. He (and your mother) were a part of the history of Israel that I will always remember and cherish. I will miss his devoted presence at church. May God rest him well and may you and your family continue in peace knowing that your father has gone on to receive his well deserved heavenly reward. God Bless.

Our deepest condolences. Please know that you all are in our thoughts
and prayers.

Lannie
Family
September 19, 2020
Our continued prayers and condolences are with the family. From the Brown family Corey, Sheba, Alana & Nygeh. May the blessing of God continue to guide and comfort you.
Corey Brown
Family
September 18, 2020
My father was a member of the greatest generation. They don't build them like him anymore. He taught us what it meant to work hard to provide for your family. While we did not necessarily appreciate this when were kids, he went to work a day after major surgery because he had a family feed. In those days, he did not have sick leave so he went to work while he was still bleeding from the surgery.

He was a faithful member of Israel CME Church for over 75 years. He demonstrated to us how to pray by praying every night before bed. He made sure we attended Sunday School to get a good moral and Christian education.

He made sure we were home when the street lights came on. He kept us safe.

We are going miss his wit, common sense and strong knowledge of what is right and wrong. We were blessed to have celebrated his 95th birthday and his life from July 24 to 26, 2020. Dad you lived a good life and we were blessed to have you as our father. You are now reunited in heaven with mom, granddaddy and grandma and Jo. Rest in Heaven!!
Tyrone DeNeal
Family
September 17, 2020
To Tyrone DeNeal & Family:
Please accept our heartfelt condolences to you and your family for the loss of your loved one. In times like these, hold steadfast to the Master's Hands and He will guide you through this spiritual turbulence knowing that weeping does endure for a little while, but JOY DOES and WILL COME in the morning. Keeping you and your family in our prayers. 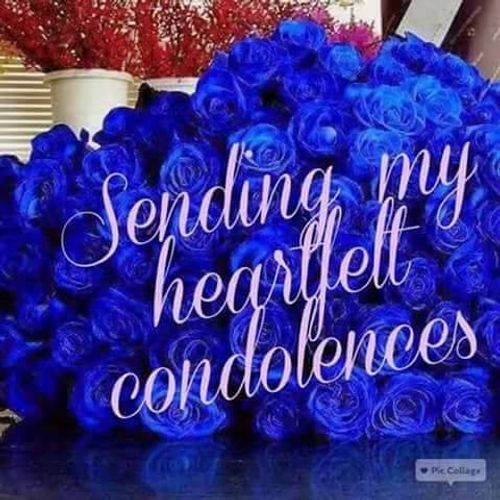