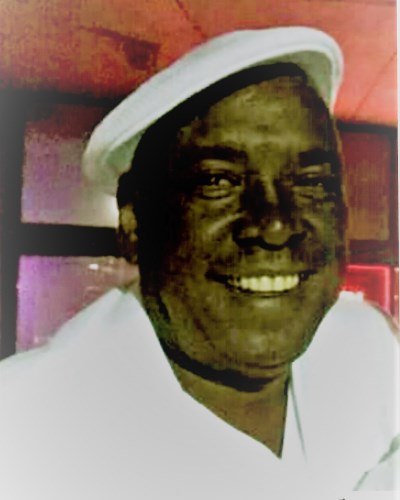 Published by Post-Tribune on Jan. 27, 2021.
To plant trees in memory, please visit the Sympathy Store.
MEMORIAL EVENTS
To offer your sympathy during this difficult time, you can now have memorial trees planted in a National Forest in memory of your loved one.
Funeral services provided by:
Guy & Allen Funeral Directors, Inc.
MAKE A DONATION
MEMORIES & CONDOLENCES
18 Entries
My sincere condolences and prayers for The Richardson Family and Friends, especially those of you that were neighbors in The Hood. A tilted Kangol Hat on his head, fast talking at times, a grin that showed pearly white teeth and sparkling eyes has become Heaven's gain.
I remember speaking to you all each time that I passed you in my youthful days. May comfort and understanding engulf your hearts in God's Unchanging Hands. AMEN, AMEN.
Reginald BARKSDALE
Friend
February 6, 2021
To the Family and Friends of Ronald Richardson (Moosie).

I was so shock to read of Moosie passing and my hearts goes out to each of you. He was such a nice and loving person who loved dancing. Moosie and I would run into each other at they YWCA on 15th Ave. all the time. My most fond memory of him, he still wore his caps tip to the side where he most known for.


My condolences to you and praying that God will give you strength and be your handkerchief for you tears. RIP Moosie because you'll be truly missed.
Marvelle Barksdale
February 6, 2021
Grief can be so hard, but our special memories help us cope. Remembering you and your loved one today and always.
Vivian Anderson
Acquaintance
February 1, 2021
So sorry for the family’s loss. Good times, I’ll always remember. Love you, Marguerite Irving Coleman
Marguerite Irving Coleman
Friend
January 30, 2021
My Friend for life we had been friends since we were little kids I always cherish the time we grew up together.
FREDDIE M TURNER
Friend
January 28, 2021
My condolences to the family. May loving memories of Moosie comfort you in days to come.
Bea “Cookie” Hicks
Friend
January 28, 2021
To the Richardson Family and friends my sincere prayers and condolences go out to you.
Moosie was a fun person to be with.
Remember earth has no sorrows that heaven can not heal.
Dorothy Preston
Acquaintance
January 27, 2021
May God bless you and your family in this time of sorrow.
CHARLES STRICKLAND (Strick)
Friend
January 27, 2021
May God bless you and your family in this time of sorrow.
Horace Matthews
Classmate
January 27, 2021
Condolences and prayers to his family and friends. May He Rest In Peace.
Kathy Payne-Hanyard
Friend
January 27, 2021
He loved, loved my cousin.
Selena
Family
January 27, 2021
Sending heartfelt condolences from my family to yours. May fond memories bring you comfort during this difficult time. Rest In Peace Moosie.
Ronald and Monique Nunley
Friend
January 27, 2021
My condolences to the Richardson family. Moosie was one of a kind. He brought fun & laughter everywhere he went. Have many fond memories of him as we grew up & roamed the halls of Froebel. Rest in peace my brother.
Geraldine (Squeaky) Cash
Friend
January 27, 2021
Ronald was a very special friend to all of us in The Ghetto Getters Club, Gone but, not forgoten
Ernestine Dawson McGee
January 27, 2021
My deepest condolences to the family of Moosie. My fondest memory is him walking down Fillmore St. passing up my grandma’s house (1574) and he would give my cousins and I money to go to Papa Adams. Let’s not forget the way he wore them Kangols. Rest easy. You’ll definitely be missed.
Stacie
January 26, 2021
May God bless the family in this time of sorrow. Rest peacefully Uncle Moosie
Anetrius
January 26, 2021
R I H BABY I LOVE YOU
Renee Johnson
January 26, 2021
Rest In Peace, My Brother. My Condolences Goes Out To The Family.
Joe Pops
Friend
January 26, 2021
Showing 1 - 18 of 18 results