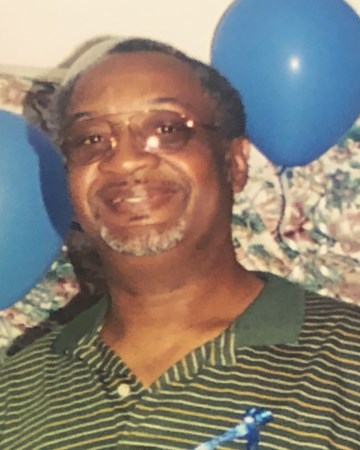 Roy married his High School sweetheart Bonnie Reese on April 16, 1966. After graduation he joined the US Army. While serving, Roy received several medals, including the purple heart before his honorable discharge. Roy confessed hope in Christ and was baptized at Pleasant Grove M.B.C. in Gary, Indiana. After his service in the Military. Roy was employed at US Steel in Gary, Indiana for 35 years until he retired. Roy was an amazing bowler, even traveling in tournament, racking up the trophies. Roy had a way of making anyone feel comfortable, and was fun to be around.

Published by Post-Tribune on Jan. 6, 2021.
To plant trees in memory, please visit the Sympathy Store.
MEMORIAL EVENTS
Jan
7
Memorial service
11:00a.m.
Guy & Allen Funeral Directors, Inc.
2959 West 11th Avenue, Gary, IN
Funeral services provided by:
Guy & Allen Funeral Directors, Inc.
MAKE A DONATION
MEMORIES & CONDOLENCES
6 Entries
My deepest condolences to his family on behalf of the Crossley family. I am the daughter of the late Lucille Crossley and daughter of the late Tonia "Tonette" Crossley and Roy was like family to us all. May he Rest in Peace.
Stacey Crossley Robinson
Friend
January 18, 2021
Uncle Roy,

You were a bright light in our lives. You will truly be missed. Your beautiful smile, wit, sense of humor and kindness will never be forgotten and forever live in our lives. RIP unlce Roy, Love your niece Barbara Hardeman!
Barbara Hardeman
Family
January 7, 2021
Pawpaw this is unreal I'm sorry. Love you always Memorie your granddaughter in Tx
Memory Houston
Grandchild
January 7, 2021
Grief can be so hard, but our special memories help us cope. Remembering you and your loved one today and always.
bernita calmese
Friend
January 7, 2021
As the days and weeks pass, and as you return to life's routine, may you continue to feel comforted by the love and support of family and friends. Nookie I'm so sorry for your loss you and your family are in my prayers.
Jodi Motley
Classmate
January 6, 2021
Bonnie and family We are sorry to hear about the passing of Roy. May God bless you and your family in this time of sorrow. From your neighbors the Peterson family
Susie Peterson-Wren
Neighbor
January 6, 2021
Showing 1 - 6 of 6 results