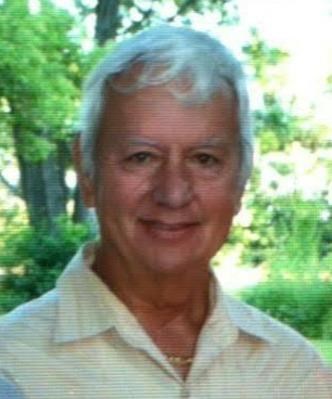 Whitewright, TX - Gerald "Jerry" Gordan Van Hammond was born May 9, 1941 at Little Chute, Wisconsin to Martin Van Hammond and Alice Welch Van Hammond. He married Linda Marie Golla on October 29, 1994 in Kaukauna, Wisconsin. He passed away on January 3, 2021 at his home in Whitewright, Texas surrounded by family.

Jerry was gifted with his hands. He could fix or build anything. He was an NHRA Certified Technician and worked for over 30 years at WIR Race Track in Kaukauna, Wisconsin. He later moved to Whitewright, Texas there he loved to talk with his new friends about his family and friends from Wisconsin. With so may of you, he had a lot to talk about. He was a lifelong handyman. His skills were highly in demand. He also managed the Oasis RV Park and did the maintenance work at the Dairy Queen in Whitewright for the last 15 years. He and Linda owned and operated the Treasure Mall in Whitewright.

Jerry was cremated as were his wishes. A Private Memorial Graveside Service will be held at a later date. He will be inurned with his family who preceded him at St. Mary's Cemetery, Kaukauna, Wisconsin.

The family wishes to thank Grayson County Home Hospice. The staff made his final days so comfortable, the Family was able to enjoy their final moments with Jerry. Tom and Marti Caudle owners of CandCNC for all their loving support and friendship. Pat Cherney and April Story, who Jerry and Linda loved to travel with.

Memorials may be made to Home Hospice of Grayson County, 505 W. Center Street, Sherman, TX 75090 or homehospice.org .

Arrangements are with Turrentine-Jackson-Morrow Funeral Home, Whitewright, Texas. An online register may be signed at www.tjmfuneral.com