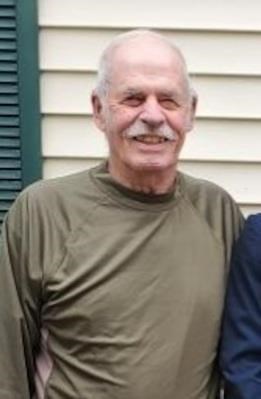 Fremont - Gordon J. Puls, age 80, of Fremont, passed away at his home, surrounded by his family, following a brief illness on Monday, July 19, 2021. He was born on December 26, 1940 in Fremont, WI, the son of the late Otto and Marie (Eake) Puls. In 1956, Gordy joined the Fremont Fire Department as a junior firefighter until he entered the US Army in 1958. While serving his country in Germany, Gordy served on the Base Fire Department and also with a local German Fire Department. After returning in 1961, he became an active firefighter with Fremont and was appointed Chief in 1968 and held that position until retiring in 2011. He also served as President of the Waupaca County Firefighters Association for 19 years. Gordy was also part of one of the first groups to take EMT training in Waupaca County and volunteered as an EMT with the Fremont Ambulance from 1977-1991. During his free time, Gordy loved being in the outdoors hunting, fishing, he especially enjoyed hunting pheasant in South Dakota. He also spent many years trapshooting at the Poygan Gun Club in Fremont and reloading his own shells. Gordy was a lifelong member of St. Paul Ev. Lutheran Church in Fremont.

He was preceded in death by two brothers and two sisters, Geneva, Geraldine, Gilbert and Wilbur.

Funeral service will be held on Friday, July 23, 2021 at 11:00 am at St. Paul Ev. Lutheran Church, 107 Tustin Rd., Fremont. Pastor Pope will officiate. Military rites will immediately follow the service. Visitation will be held at Lewin Funeral Home on Thursday, from 3:00 pm until 7:00 pm and on Friday, at the church from 10AM until the time of service. A memorial fund has been established for Poygan Gun Club.