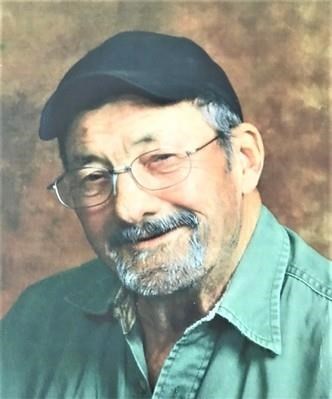 Born and raised in Kimberly, Wisconsin, the son of Vincent and Johanna (Janssen) Van Gompel, he resided in Fremont and later Angola, Indiana, since 1968.

James is also survived by his brother Clem Van Gompel, of Menasha, Wisconsin; his sisters, Therese Bednarowski, of Orrville, Ohio, and Ann Mitchell, of Appleton, Wisconsin.

Jim graduated from Kimberly High School in 1948 and married Mary Lou Lemmers in 1951. Mary Lou passed away in 2001. Also, preceding Jim in death, are his parents and brother Gerald Van Gompel.

Jim began his career with the Marathon Corporation in Menasha, Wisconsin, where he worked far many years. In 1966, Jim created a startup, called S & S Enterprises, a paper roll straightening company based on state-of-the-art hydraulic technology, which he invented and patented. This patent was later used as the basis for Brammall Inc., a long-term successful company located in Angola, Indiana.

During the course of his lifetime, Jim continued to engineer and create and holds many patents. Many of the patents benefited the railroad industry. For several years he worked closely with the Engineering Department at Tri-State College in developing his ideas and working with students. Jim however, was mainly self-taught.

The quintessential outdoorsman, Jim enjoyed deer hunting, fishing, kayaking, snowmobiling, motorcycling, camping and ice boating. An amputee since 2015, he could be seen almost daily on his scooter, fulfilling his desire to be out of doors as much as possible.

A memorial service was held on Nov. 16, 2019 at Lake Area Christian Church were he was a longtime member.

Condolences may be sent online to www.beamsfuneralhome.com


Published by Appleton Post-Crescent from Nov. 22 to Nov. 24, 2019.
To plant trees in memory, please visit the Sympathy Store.
MEMORIAL EVENTS
Nov
16
Memorial service
11:00a.m.
Lake Area Christian Church
4760 S.R. 827, Fremont, IN
Funeral services provided by:
Beams Funeral Home
MAKE A DONATION
MEMORIES & CONDOLENCES
Sponsored by Beams Funeral Home.
1 Entry
To the family of James VanGompel,
We are sorry to hear of James passing. It was always a joy to see and talk with him at Burger King in Angola.
Kenny & Helen Miller
November 15, 2019
Showing 1 - 1 of 1 results