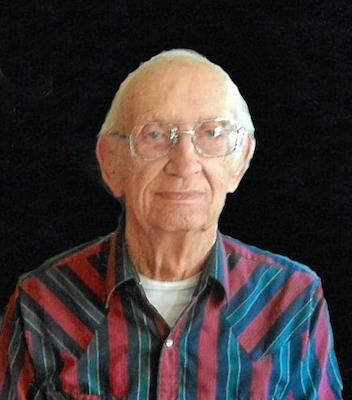 New London - Sterling Harold Rudie, April 19, 1927 - July 20, 2021. Born at home on a farm located in Gillett, WI, to parents Edwin and Amanda (Reinart) Rudie, Sterling was the oldest of seven children. He was baptized on April 24, 1927 at the Lutheran Church in Gillett and attended Quarter Line School and Gillett High School. The family eventually moved from Gillett to a farm in the Lebanon area near New London.

Sterling was employed at the FWD defense plant near Clintonville before being called up for military service in May 1945, leaving for anti-aircraft training at Fort Bliss, Texas in June. He was sent over to Germany but with the war in Europe ending, he was transferred to a transportation unit hauling food supplies from Rhemis, France to Paris, France. Sterling bore witness to piles of remains of Jewish people, burned by the German army. He also drove his supply truck under the Eiffel Tower.

Upon his return from Germany, Sterling was employed first by Earl Litho Graphics and later by Winnebago Color Press. Sterling finally retired at age 70 after 50 years in the printing business.

Sterling and Mary Lou lived in Menasha and Appleton until 1990 when they moved to Royalton to live along the Little Wolf River.

Throughout his life, Sterling was known as the guy who could fix things; lawn mowers, cars, Allis Chalmers tractors or whatever wasn't working. He always had some project he was working on or tinkering with. He didn't sit still very often and was always there to help if someone needed a hand.

Sterling is survived by his spouse of 70 years, Mary Lou along with his four daughters. He is further survived by one brother, Iver (Diane) Rudie and one sister, June Kaepernick, sister-in-law Ann Rudie, and brother-in-law Leonard Doran.

The funeral for Sterling will be held at 11:00 a.m. on Saturday, July 24, 2021 at Emanuel Lutheran Church in New London with Rev. Marcus Schulz officiating. Visitation will take place from 9:00 a.m. until the time of the service at the church. Burial will be in Royalton Cemetery, Town of Royalton. Full military honors will be held at the church.