Tom grew up in Kimberly, where he attended Holy Name Church and Grade School, graduated from Xavier High School in 1966, graduated from UW-Oshkosh in 1988 with a Bachelor of Science degree in Education and Human Services, and earned the degree of Master of Science in Communicative Disorders from UW-Stevens Point. He worked as a Speech and Language Pathologist in the Manawa and Weyauwega schools, the Weyauwega/Fremont School.

Music was an important part of his life. Tom learned to play guitar while in high school and he loved his life as a performer, singing and playing his guitar and banjo with a group or solo. He loved being able to perform with his dad and two brothers at various events, especially near St. Patrick's Day, calling their Irish group "The Burns Boys and sometimes Dad". He enjoyed the Packers, golfing, fishing, hunting and woodcrafting. Tom loved his family. His grandchildren were the light of his life.

The funeral liturgy for Thomas will be held at 5 p.m. on Wednesday, November 16, 2011, at ST. CLARE PARISH - ASKEATON SITE, 7830 St. Pat's Church Road. Father Dennis Bergsbaken will be officiating. Interment will take place at the parish cemetery. The visitation will be held on Wednesday at the church from 3 p.m. until the time of Mass.

In lieu of flowers, donations can be made to the family.

To plant trees in memory, please visit our Sympathy Store.
Published by Appleton Post-Crescent from Nov. 13 to Nov. 15, 2011.
MEMORIAL EVENTS
No memorial events are currently scheduled.
To offer your sympathy during this difficult time, you can now have memorial trees planted in a National Forest in memory of your loved one.
MAKE A DONATION
MEMORIES & CONDOLENCES
8 Entries
What a fun cousin! A great babysitter, he let us play his guitar and run around with those funny steel finger nails and sang us crazy songs. I remember he was up at our cottage and we were having a big bonfire. Dad (Tommy's Uncle Bud) made him bring out the guitar and the whole lake enjoyed hearing us all sing with him. Our favorite was "Cinderfella" which we made him do over and over and over again!
May God continue to keep him in the palm of his hand.
Love to all, Sue Ellen Burns Bolender
November 17, 2011
Uncle Bob, Honore, Katie and Maggie---We're sorry to hear such sad news for your family--I have great childhood memories of wonderful holiday celebrations in Kimberly and Appleton, with Tom always as a leader of the cousins--and always with much laughter and singing--Our thoughts are with you --Heidi and Marshall Fields
November 15, 2011
Uncle Bob--We were so sorry to hear this sad news. May the memories you have of your wonderful son surpass the grief that you feel now. You are in our prayers. Nancy (Burns) and Fred Gants
Nancy Gants
November 14, 2011
Uncle Tom was a terrific Godfather to me all my life. He would always come over for Thanksgiving and Christmas every year that I can remember. What I remember most about him (other than how much he loved prime rib) was his gift of music. Uncle Tom inspired me every time he played guitar and I credit much of my own musical drive today to Uncle Tom, his brothers, and Grandpa. I was speaking with my brother the other day and we were discussing that there is some peace in knowing that the "Burns Boys" are all back together again, and we know they are putting on one heck of a show up there! Goodbye Uncle Tom, we will miss you. Love, Robbie
Rob Bekx
November 14, 2011
Dear Dr. Burns and Families,
My thoughts and prayers are with you all. I have many good memories of playing with the Burns kids at the restaurant in Hollandtown. God's blessings to all. Sincerely, Jane (VAn Abel) Marx
November 14, 2011
Tom has always been my special cousin, though he did not always know that. I loved him, loved to hear him sing, just to visit with him and his family when I was able to. I looked up to him, for many reasons, including that I'd never had an older brother. I loved his sense of humor. I don't have the words to say how much he meant to me. I was there, in the hospital, as each of their children were born, and was able to have coffee breaks with Tom when I was at work. It was also during that time that he was able to share other things that he wanted prayer for, and he had them many times over the years.
Tom, thank you for being you. I love you, and I miss you. I'll never forget you. We had much more time than I thought we'd have so long ago. I am grateful for those added years... but I really wish that we could still have more. May you rest in peace, dear cousin (Tommy) Marcia
(Mrs) Marcia L Lynch
November 13, 2011 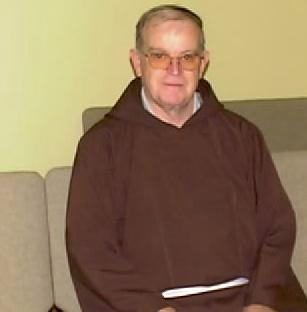 My memories of Tom Burns go back to the days when he was in high school. His generous solo voice was suited for singing along with his guitar
He was one of the first singers to use the guitar at Mass. And then he generously sang in the Calvern Coffee house at St Joes.
My prayers go out to the family. I will long remember him.
Fr Timon Costello, Capuchin
Fr. Timon Costello, Capuchin
November 13, 2011
We are so sorry to hear of your loss.
Please know we care and offer our sincere sympathy.
Dave and Lynn Kringle
Lynn Kringle
November 13, 2011
Showing 1 - 8 of 8 results