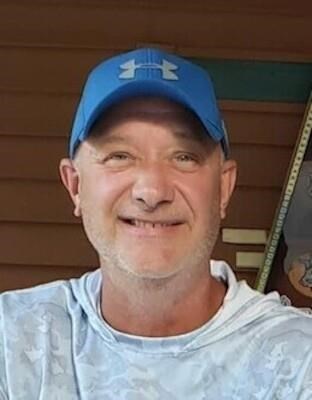 Bill became the owner and operator of "The Higher Wire" bar in Shawano, a couple years ago, which was a dream that he pursued, and was really proud to have accomplished. Bill was an avid Harley Davidson motorcycle enthusiast. He enjoyed motor cross racing and ice racing on Lake Winnebago. Bill was a terrific handyman, who could fix everything, he especially enjoyed working on anything with a motor. Bill also enjoyed golfing, and fishing. Anyone who ever met Bill, instantly became his friend. Bills greatest enjoyment came from his time spent with his many friends, family, and especially his grandchildren.

Bill is survived by his two daughters: Heather Schwarzbauer, and her children: Kylie, Braxton, and Alexis; and Alexis Polar, and her children: Ariel, and Jack; His special friend, Vikki Weaver; three sisters: Cathy Fieck, Vicky (Wayne) Genske, and Lucy (Joe) Czarnik; and three brothers: Charles, John, and Jim; He is further survived by 15 nieces and nephews; and many close friends, especially David "Davey", Todd "Roadster", and Craig.


Published by Appleton Post-Crescent from Jul. 13 to Jul. 14, 2021.
To plant trees in memory, please visit the Sympathy Store.
MEMORIAL EVENTS
Jul
16
Celebration of Life
2:00p.m.
Lucky Dog’z
157 S Green Bay Rd, Neenah, WI
Funeral services provided by:
Westgor Funeral Home - Neenah
MAKE A DONATION
MEMORIES & CONDOLENCES
Sponsored by Westgor Funeral Home - Neenah.
15 Entries
Billy,
I will miss seeing you out an about. You were and always will a great guy. Miss ya man.
David Templeton
Friend
August 23, 2021
This is devastating. Im so sorry to hear of Billy's passing. I have many fond memories with him and Tam when they would visit Higgins Lake MI. I've never laughed so hard as I did when Bill would crack jokes or act like a goofball.

I'll keep you all in my thoughts as I know this is such a tremendous loss for his family.
Jeneé Linn
Friend
July 21, 2021
What a great guy Bill was. So glad I had the opportunity to meet him. May his family find peace during this difficult time.
Tina Sandoval
Acquaintance
July 15, 2021
Rest in Eternal Peace Billy, and my deepest thoughts and condolences to your family. You lived life by your terms and left a wonderful legacy.
Ron Babcock
School
July 14, 2021
I just learned of Bill's passing. Im so sorry to learn this. He and I went to school together. We played bball together in grade school at St Mary. We went one on one few times at his barn ball court and he outscored me a few times. We had fun with it. I hadn't seen him in yrs but saw his accomplishments of late on Face Book. He was a great guy, hilarious with the jokes and the girls in school. Honestly, the last time I saw him and we spoke was at Wal-Mart Neenah. Bill, say hey to our buds in heaven and we'll def Miss ya and have a cold one in your honor here. Thinking of ya, Man... Till we meet again, Bill
Ron Babcock
Friend
July 14, 2021
My deepest sympathy to all of
the Schwarzbauers at this sad
And difficult time. May Bill R.I.P.
With deepest sympathy,
Pam Leopold and James Peterson
Pam Leopold
Family
July 13, 2021
Dear Schwartzbauer Family, I am so sorry to hear of your loss. Sending my deepest condolences. May God bless you all. May Bill Rest In Peace.
Cindy Hainer Hopfensperger
Family
July 13, 2021
Billy and my late husband John were close friends. He helped alot when John passed away by bringing a smile to my daughter's and my face when smiling was the furthest thing from our minds. He cracked jokes and talked about things that brought joy to our hearts and not tears to our eyes. I wish I could do for you what he did for us durung the hardest time in our lives thus far. Billy will always hold a special place in our hearts and we will miss him greatly. Love you Billy!!!
Angie and Paige Nickel
Friend
July 12, 2021
John&Jan Wianecki
July 12, 2021
Dear Schwarzbauer Family,
I was very shocked and saddened by the passing of Bill! RIP Bill!
With Deepest Sympathies,
Paula Leopold
Paula Leopold
July 12, 2021
Kenny and Karen Labby
July 12, 2021
William I will miss our funny conversations, your laughter was infectious and got me through many bad days. I will cherish the memories from being your neighbor and thank you for being so good to me and the boys. Forever in my heart friend. RIP William.

My love and prayers to the entire Schwarzbauer family.
Wendy Fromm
Friend
July 12, 2021
Sorry to hear of the loss of Bill it sounds like he had a wonderful life and will continue to watch over everyone. RIP Bill
Sue Fischer Rahn
Classmate
July 12, 2021
I will always remember your laugh, sense a humor and the good times . Love ya Buddy ole pal
amy geiger
Friend
July 12, 2021
May God bless you and your family in this time of sorrow.
James Wheaton
Friend
July 12, 2021
Showing 1 - 15 of 15 results