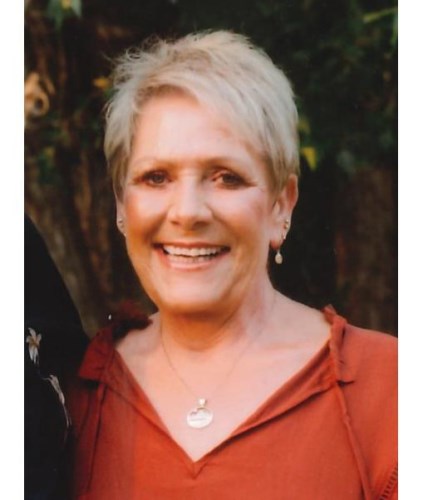 Janet Kuck Arnold, the creator of a place where memories were homemade and seasoned with love, died Tuesday, May 11, from heart complications while at home with her two boys and little dog by her side. She was 74 years old. Janet was the heart of the home and a hell of a cook; the gathering place for friends and family; the most adoring mother and grandmother. She was also an enthusiastic shopper, a lover of a competitive golf game, a devoted companion and supporter, a loyal friend.

Janet was born on July 3, 1946, in the Madison Memorial Hospital. She attended school in Ashton, Idaho, graduating from Ashton High School in 1964. She grew up in the Last Chance area of Island Park, helping run the family fishing lodge, cabins, and restaurant. Janet attended ISU cosmetology center in Pocatello, Idaho, and shared her talent of doing hair for her family and friends. She married her life-long partner of 55 years before eventually settling in Teton Valley. Janet, a true domestic goddess, kept an immaculate house and could whip up a fantastic meal at any time. She devoted herself to being a companion and supporter, making sure Dennie (her late husband), the children, and grandchildren were cared for and prioritized. Though she would occasionally embellish a story, her quick-wit and feisty sense of humor never left people guessing what she thought. Once her three children were raised, she and Dennie spent 15 winter months in Palm Desert, CA enjoying golf and friends. She then set her sights on the grandchildren. They often came to visit and she would offer the world's best bowl of cream of wheat or French toast. Janet enjoyed shopping, golfing, going to lunch, or playing cards with her many friends.