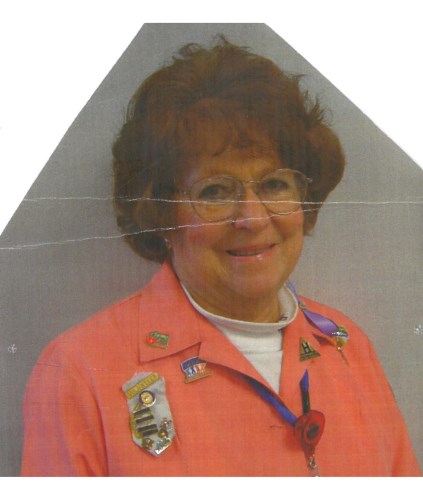 Wauline attended school in a one room schoolhouse at Bricks Creek in Clark County until the 5th grade until her parents took her sister and her to Salt Lake City. Her brother LeRoy passed away on Bricks Creek in 1937. She attended school in Salt Lake City until her junior year when she moved to St. Anthony where her father was working in the land leveling business. She graduated from High School in 1947. During her summer between her Junior and Senior year, she went to Idaho Falls and became a Nurses Aide at the Sacred Heart Hospital. Here she discovered a work ethic and desire to become a nurse.

She met the love of her life, Blaine Miller, just home from the Navy, and they were married on her 17th birthday, June 13, 1947. She worked at St. Anthony Hospital and went to LPN school. She continued to go to night classes and Ricks College and Idaho State University towards her RN degree. She worked in the offices of Doctors R.R. Klamt and Shelby Garrell, after both doctors left St. Anthony she went to work for the State of Idaho at the Youth Service Center in the Health Clinic where she was employed for 19 years. After she retirement she would fill in at the Rick's College Health Center. She enjoyed working with young people.

Wauline was chosen "Women of the Year" by the ST. Anthony Women's Club, taught 4-H sewing, a past president of the American Legion Auxiliary. She was awarded the first Humanitarian Award in May 2005 by the CEO of EIRMC and her fellow volunteers at EIRMC. It was a great honor for her.

After her husband passed away in 1991, she moved to Ammon in 1998 with her sister, Esther. There she became involved with volunteering in many places. She was active in the EIRMC auxiliary, arranging tours of the hospital, the Cancer Center, Idaho Falls Arts Council, and the Idaho Museum. She was happiest helping other people. She bowled on a senior league, golfed sometimes 78 times a year. She and her husband spent many happy times boating and camping with their family and friends at Red Fish Lake, Jackson Hole and the Palasades.

Her greatest joys were spending time with her children, grandchildren and great-grandchildren, although those times were few because they lived a distant away. She tried to make all the time she had with them quality time. She attended St. Paul Methodist Church and St. Anthony Community Church.

She was preceded in death by her parents, brother LeRoy and her sweetheart, Blaine Miller.

A private family Memorial Service will be held at a later date. Arrangement are under the care of Buck Miller Hann Funeral Home.

She was happiest with her family and helping other people. When she recovered from her illnesses and injuries, the thing that got her going again was the determination to help people and spend time volunteering with her sister Esther. She always treated everyone the way she wanted to be treated. She always felt blessed for her great family and her many, many friends.

To plant trees in memory, please visit our Sympathy Store.
Published by Post Register on May 11, 2021.
MEMORIAL EVENTS
No memorial events are currently scheduled.
To offer your sympathy during this difficult time, you can now have memorial trees planted in a National Forest in memory of your loved one.
Funeral services provided by:
Buck Miller Hann Funeral Home & Cremation Services
MEMORIES & CONDOLENCES
Sponsored by Buck Miller Hann Funeral Home & Cremation Services.
3 Entries
Condolences to your family. I went to school with Kris. Class of 1966. I would sometimes go to your house to play with Kris. I loved your beautiful house. It was a treat to go there You were such a beautiful person. I wish, as an adult, I could have been with your family more. I remember when I went to Dr Klamt for my college physical exam form to be submitted. Dr mistook me for my married sister, Terry Lynn Jenkins Reynolds. Dr Klamt said, " How come your not pregnant yet?" I was a speechless virgin . . . Wailine quietly said to me, "I think he thought you were your elder sister." Rest In Peace. Wish I could see Kris again. Susan Jenkins Habeler 108 Park Place Pine Bluff, Arkansas 71601
Susan Jenkins Habeler
May 27, 2021
Dear Wauline, I remember how much fun it was to come up to your place with Kris. Your were so cute and cheerful and just fun to be around. The world is not as as good a place without you in it.
Georgiann Stanford Wheeler
May 14, 2021
Wauline was the best example of what a Christian should be. She volunteered at EIRMC Cancer Center, ER, front desk, Idaho Falls Art Council, just to name a few. I witnessed her sitting with patients consoling them and giving them hope. I will never forget her young spirit and sense of humor. I love you Wauline. I'm so blessed to have had you as my friend.
Teri Anderson
May 12, 2021