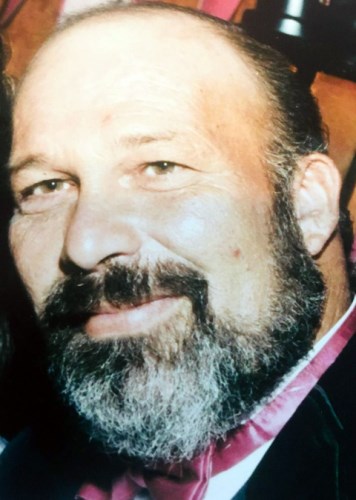 ARGYLE – Albert T. Plummer, 74, who was born on December 5, 1946 in Hudson Falls passed away at Glens Falls Hospital on January 1, 2021. He lived his life in Hudson Falls – Queensbury area, living it as he saw fit. Al (or) TT as he was known to his family and friends was the son of Angelo and Mae (DePalo) Plummer from Queensbury.

He went to St. Mary's School in Hudson Falls until attending high school and graduating from Queensbury High in 1964.

He was married to Linda Mae Wood for several years and had five sons, supporting his family as a self employed plumber and a musician. He taught himself how to play the guitar and piano and eventually he created a band that was well known throughout the northeast, known as Frankie and the Hubcaps (but Frankie was never there).

Throughout his life, he was an outdoorsman. Hunting, fishing, trapping, raising beagles and bluetick hounds. He built a hunting camp and finally a home in Stony Creek.

After retiring because of ill health, he finally moved to Argyle to spend the rest of his life by Cossayuna Lake. The last few years were plagued by ill health including major cardiac problems, loss of a leg, cancer and stroke. But his love for his grandchildren knew no end. He centered his life around them during his final years.

Besides his mom and dad, Angelo and Maria (DePalo) Plummer of Hudson Falls, he is predeceased by his grandparents, Claude and Bertha Plummer of Ballston Spa, and his son Brian Edward Plummer.

According to his wishes, there will be no service or visiting hours.

Arrangements are under the direction of the Michael G. Angiolillo Funeral Home, 210 Broadway, Whitehall, NY.

To leave an online condolence, please visit our website at angiolillofuneralhome.com.

To plant trees in memory, please visit our Sympathy Store.
Published by Post-Star on Jan. 14, 2021.
MEMORIAL EVENTS
No memorial events are currently scheduled.
To offer your sympathy during this difficult time, you can now have memorial trees planted in a National Forest in memory of your loved one.
Funeral services provided by:
Angiolillo Funeral Home
MEMORIES & CONDOLENCES
Sponsored by Angiolillo Funeral Home.
2 Entries
So sorry to hear about AL's passing.He was my hunting buddy while he was here in New Hampshire. He will be sadly missed. R.I.P.
Paul Audet
Friend
January 28, 2021
Prayers to you all during this difficult time
Lashway Family
January 15, 2021