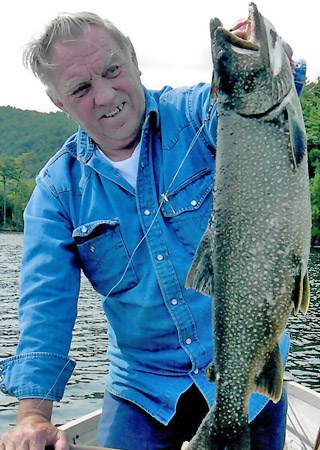 He worked in maintenance for New York State Department of Transportation in Indian Lake for 42 years prior to his retirement in 2000.

Bennie married Judith Ham on September 18, 1993 at the Gooley Club.

He enjoyed hunting, fishing, trapping and reading. He was a member of the Gooley Club where he had been a guide, the Deer Valley Club, the National Rifle Association, Parker-Benton American Legion Post 1392, Indian Lake, and a past member of the Blue Mountain Lake Fire Department and Ambulance Corps.

Bennie was predeceased by his parents; a brother, Joe Cummins, a stepson, Charles Alonge III and his daughter in law, Valerie Cummins.

In keeping with Bennie's wishes, all services will be private.

Burial will be in Blue Mountain Lake Cemetery.

Published by Post-Star on Jun. 1, 2021.
To plant trees in memory, please visit the Sympathy Store.
MEMORIAL EVENTS
To offer your sympathy during this difficult time, you can now have memorial trees planted in a National Forest in memory of your loved one.
Funeral services provided by:
Brewer Funeral Home Inc
MAKE A DONATION
MEMORIES & CONDOLENCES
Sponsored by Brewer Funeral Home Inc.
1 Entry
Thank you for your service to our country. Rest In Peace.
D
June 2, 2021
Showing 1 - 1 of 1 results