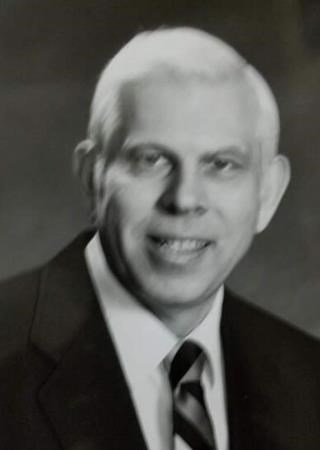 (Service time information will be posted as it becomes available)

Mr. Patten was the oldest child of the late William Alexander and Doris "Louise" Smith Patten. He graduated from Greenwich Central High School in Greenwich, NY with a New York Regents Academic Diploma as well as a high school diploma in 1952. He graduated from Morrisville State College (now SUNY) in Morrisville, NY with an A.S. in Automotive Technology in 1954. Upon graduation, he waited to be drafted for the Korean War and was assigned to Keesler Airforce Base in Biloxi, Miss for training. He volunteered for four years of service instead of being drafted for two years in the army, and was stationed at Langley AFB in Hampton Virginia from 1955-59 where he was assigned to air traffic control duty. Two highlights of this military service were helping to make the conversion from old fashioned slower prop engines to the new faster technology of jet planes and participating in the training skills of the first astronauts who later were the first mission to successfully land on the moon. On the horizon, a new program of space travel was being developed and they needed somewhere to practice maneuvers. While the astronauts of the first moon landing mission were stationed at Langley, Mr. Patten was in charge of directing them in and out of the base when they were flying the newer jets for skill precision training. After leaving the military, Mr. Patten was a uniformed police officer in Hampton, Virginia in 1959 for a year.

He moved to North Carolina where he received his Bachelors of Science Degree in Industrial Arts from NCSU in 1962. He used to repair and run the miniature train at Pullen Park in Raleigh, NC while attending college. Mr. Patten received his teaching certificate in Industrial Cooperative Training from the State of North Carolina and used it to teach high school students how to get local jobs at Lee County High School in 1963. Later in 1964, Mr. Patten taught at Central Carolina Technical Institute (now Central Carolina Community College) in Sanford, NC for twelve years. He helped to develop the two year degree curriculum for Automotive Repair used at the community college level today. While at the teaching at the institute, Prentiss Hall Publishing Company had their main author of text books on Auto Mechanics pass away. They needed a replacement for this author. After conducting a worldwide search, they discovered that Mr. Patten was developing outlines and courses for community college work. Mr. Patten continued the series from the First Edition Manual for Automotive Servicing Repair (Prentiss Hall Publishing) written by the late John Remling. He completed writing the series up to the fourth edition after Mr. Remling died. The Seventh Edition in the series is still in use throughout the world today. (London, Australia, Singapore, North Asia, Hong Kong, Canada, Mexico, Japan, Malesia, and all 50 States.)

Mr. Patten received a Master's Degree in Industrial Education from NCSU in 1967. He moved to Morehead City, NC in 1972 to teach Auto Mechanics at the high school level. While teaching, he wrote self-instructional materials for DCA (Display Corporation of America). Mr. Patten retired from West Carteret High School in 1992 after 20 years of teaching. He devoted 34 years to the field of Education in Auto Mechanics.

Mr. Patten enjoyed many hobbies such as woodworking, repairing vintage cars, and square dancing (The Merry Mixers in Raleigh, NC; The Sandpipers in Sanford, NC; and The Gulls and Buoys in Morehead City, NC). He was active as a deacon in the First Presbyterian Church in Morehead City, NC and later attended the Faison Presbyterian Church (Faison, NC)

His funeral service will be held on Saturday, June 12, 2021 at 11:00 a.m. at the Faison Presbyterian Church, 511 W Main Street, Faison NC. Interment with military honors will be at the Faison Cemetery, 100 Cemetery Drive, Faison, NC.

In Lieu of flowers, memorials may be made to Faison Presbyterian Church, Faison, NC and the National Diabetes Association.

Arrangements made by Crumpler-Honeycutt, Clinton, NC

To send flowers to the family or plant a tree in memory of Donald William Patten, please visit our floral store.